I had to good fortune to do some work with Alan Rusbridger and the management team of the Guardian recently. They wanted me to give some independent strategy advice, one of the things it’s possible for me to do because I don’t have an affiliation to a single company. Such is the life of a portfolio worker.

While I was doing that work, I noticed that the Guardian is a very thoughtful organisation. Some might say this means that they are slow to take action, but I think that’s unfair on them. In all my dealings with the company, they were thinking of their audience as well as their own staff and thinking about the media industry 10 years out. It’s refreshing to see the emphasis on where the company will be after the management has passed to someone else, rather than the more usual focus on this quarter’s numbers.
So it’s no surprise to see that Alan Rusbridger has written a column in the paper today all about Twitter, and it’s the most succinct and perspicacious guide to Twitter I have yet seen. This explains why you should use Twitter in just a few hundred words. Do read it.
This article should be printed and carried around by anyone who believes in the power of social networks and online discussion. The next time someone asks you why it would be a valuable use of their time to tweet about their breakfast, pull out the article and stick it to the forehead of those with no vision.
Let’s all print Alan’s article and nail it to the door of those who scoff at the twits who tweet. Let’s start our own social reformation. 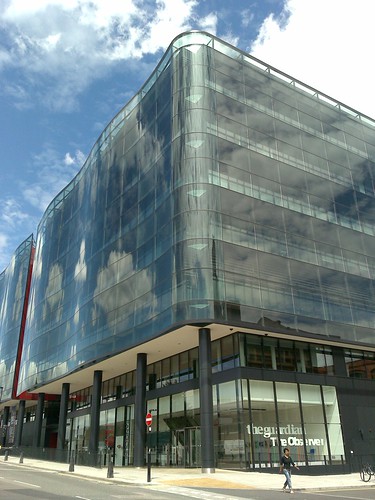