The BBC ran a very interesting feature yesterday about how almost every company you can think of is now exploring social media in some way. Or not. Or doing it badly. It’s a nice primer for when the boss asks what all this social media stuff is about and why is it important?

But the focus area for companies using social media is still circling around the business to consumer (B2C) firms.The BBC article looks at United Airlines, retailers, Starbucks… all firms that are directly used by consumers.
What about the companies who only sell to other companies – or B2B? The consulting firms, the software developers, the business process outsourcing firms? Can they get any realistic benefit from social media in the same way as the B2C companies do?
They can. But not in the same way.
Take the example of an IT supplier, a firm specialised in providing IT infrastructure for example. They might even be focused on a specific industry, like offering IT infrastructure to retailers. That’s a much narrower market to be reaching out to than Coke or Starbucks.
But with a little thought, even a company like this can benefit by thinking about how they multiply their own contributions into the blogosphere and how they participate in industry conversations online. For example:
The technology firm working for retailers is just a hypothetical example – but it shows that companies a world away from Coke, Starbucks, and Vodafone, can also use social media intelligently – if they just think about who they need to influence in their own marketplace. 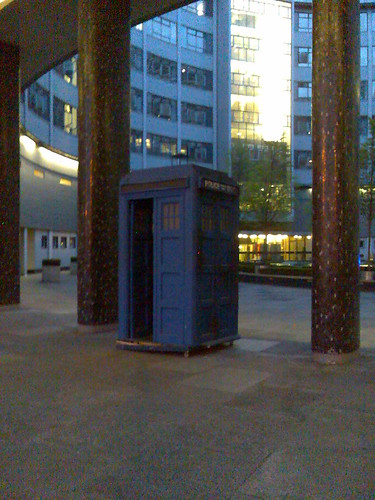