Everyone I know struggles to measure the value of social media. Is it all about the number of followers you have on Twitter? Or the number of retweets, or fans who LIKE you on Facebook?

I personally tell people to ignore all of this. If you are talking about the corporate use of social media then social media has to give you a corporate outcome. Did you get mentioned in an analyst write-up because of your tweeting? Did the FT feature you as a case study because of a retweet? Did you get lunch with Gartner because they liked the discussion on your Facebook page?
If you aren’t getting business outcomes from your social media activity then it’s a waste of time.
So I was really disappointed to see my friends at Nasscom in India launching a social media summit – which takes place this week in Delhi – where the delegates are promised a hip and funky experience.
Nasscom themselves have been using social media for a few years now at their major conferences so I would have expected the blurb on the conference website to read more like an experiential case study, rather than an excited teenager talking about video games.
And what is even more disappointing to read is that a company as well known and global as Cisco is supporting this event by running a competition to win a camera. The rules of the competition are simply, whoever tweets the most this week using the hashtag #cscougc wins the camera.
First, I could employ a couple of students to tweet endless random messages featuring this hashtag and presumably I would win the camera.
Second, the guys at Nasscom know a lot about social media. I know that. I’ve spoken to them about their experiences running big events and making them social. Why did they allow Cisco to run such a mindless competition that does not demonstrate any effective measurement of social media value?
If anyone is going to the conference and expecting some thought leadership and ideas for how to use the social media environment for their business then given this example from Cisco, I think they might be sorely disappointed. 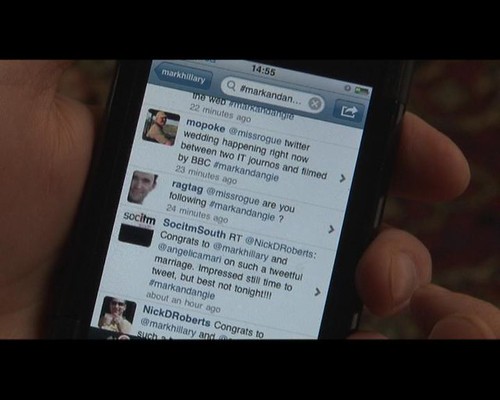