Latest Blog Posts
Related Content
BlogRoll
Latest News
Download Computer Weekly
I went to see an Elvis Costello gig on Sunday night in London. It was in the Royal Festival Hall – a large theatre that does not welcome an audience full of people waving mobile phones and cameras, so my phone was on silent mode and in my pocket.
On that note, I saw Billy Bragg appear at a theatre show recently and he commented that it makes a nice change to see the faces of the audience, rather than a sea of mobile phone cameras…
There was a moment during the Costello gig that was so beautiful, so perfect, I could feel myself reaching for my camera – *this* has to be shared with fans who missed the gig. And yet I couldn’t do it for fear of being ejected headfirst from the theatre. I felt denied and frustrated.
I’m not a digital native – I can actually remember a time before email – but if I’m behaving this way then how do you think the real digital natives are thinking and operating, with their hard-wired networking brains?
Now put those same young people in your office with an Excel sheet as the “address book” and the YouTube ban and the forced use of Internet Explorer. Are they going to want to work for you for more than the time it takes to find a new job? 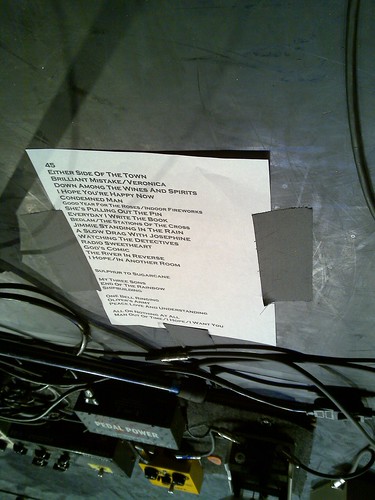