Latest Blog Posts
Related Content
BlogRoll
Latest News
Download Computer Weekly
One of the industries being affected by the possibilities of social media is Public Relations, or PR. It may be true that the general public dislikes journalists, but then the journalists will thank their lucky stars that they are not working in PR.
That’s unfair though – good PR people can get timely, relevant, and accurate information to journalists and help make their life easier.
But the PRs who adopt a ‘scattergun’ approach and send their press release detailing the delights of version 9.1.2.3 of some new database patch to journalists who don’t cover that beat are on a hiding to nothing – their messages are nothing more than spam. And it’s not required in a world where we are all able to talk to each other in real-time online.
In fact, I personally think the focus of the PR role should be switching far more to relationship building and management – not managing lists of journalists to bombard with random press releases.
I don’t really bother with that many press releases now – unless they have some really important news that is not already being discussed online. I follow a lot of PRs on Twitter and regularly interact when they have some interesting stuff that’s relevant to what I write about.
A few days ago, I got a press release from an IT firm that said very little – other than they were praised by an industry analyst in one of their reports. This press release was 4 pages long. I actually bothered to write to the PR and said (1) this is not news, and (2) why not just push out a short tweet linking to the report, not 4 pages?
Their response was to send me the edited 3-page version of the press release.
I got another press release today and I asked the PR to communicate with me via Twitter in future. Their response was ‘how can I get all the detail of my story pitch to you in a Twitter message’… a fair enough comment, except I think that it must be possible to give a short interesting hook with a link to more info if required. That’s fair enough isn’t it? Or should I read pages of information before deciding if the story is interesting?
The same PR came back with another valid comment, that doing things openly on Twitter means I won’t get any scoops. But I countered that exclusives don’t come from standard press releases anyway – at least nothing that I’d want to write up as an exclusive story does anyway.
Exclusives come from relationships. Someone trusting that you are the right person with the right angle to release their story to the world. And that’s once again the relationship angle that PRs should really be focusing on.
And those exclusives have a very short shelf-life anyway – the time it takes for someone to re-tweet your story. Often the original exclusive gets lost in a sea of re-tweets anyway.
But this does all mean a fundamental shift in thinking for the PR industry. The more junior roles won’t really exist, because the PRs will need to be more knowledgeable and more in touch with the industry sectors they cover.
Who is making that shift today in your opinion? 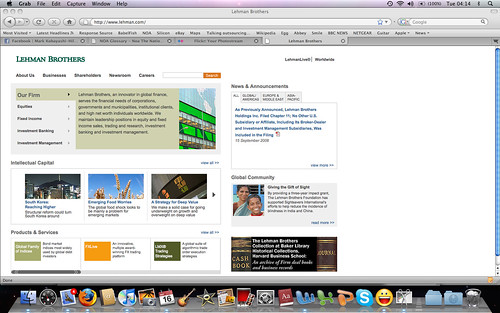