Latest Blog Posts
Related Content
BlogRoll
Latest News
Download Computer Weekly
Indian technology firm Mahindra Satyam built a lot of the technology that’s helping the present FIFA world cup to run smoothly, but 99% of the fans watching the games have probably got no idea who they are – even though the company name is being plastered on ads all over the games.
They have clearly engaged on a branding strategy that works in partnership with their client FIFA and gives them branding and exposure at games. But does it actually work? What does a B2B company really want from their advertising, and particularly from the engagement of the fans online.
I typed ‘Mahindra Satyam’ into the search box on Twitter and a lot of results popped up, but almost all are discussing the company share price – not the advertising blitz at the world cup. And this is on a day when the Indian national financial newspaper the Economic Times, wrote a hagiography on the firm – India’s pride is apparently that they can do football technology, rather than football.
Mahindra Satyam might want to ask:
• Has their advertising strategy created other conversations online?
• Has the strategy created enquiries, where people have asked for more information?
• Has the strategy created enquiries, where people have asked for a meeting?
• Has the strategy created crossover promotion, where an analyst or journalist in a published feature has mentioned them in a positive way?
• Has the strategy created crossover promotion, where an advisor has promoted them as a potential partner?
In a B2B environment, surely someone asked all these questions before plastering the logo all over world cup games. Or is advertising just about pride and ego? 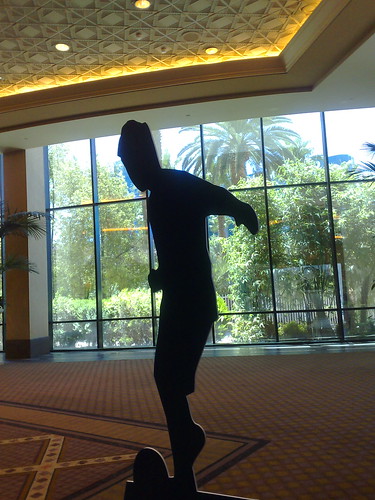