Last night, I logged into the politics section of the Paddy Power gambling site and placed £10 on Prime Minister Gordon Brown to be the first to say the word ‘bigot’ in the leader debate that is taking place this evening live on BBC1 television.

I got odds of 4/1, which I thought is not a bad bet as one of the leaders is bound to talk about the #bigotgate scandal from yesterday and why not the person who caused all the fuss?
But it made me think back to earlier this week and a conversation I had with Thomas Kiessling, the chief technology officer of Austrian gaming giant Bwin. I was in Vienna on Monday and chatting to Thomas and his team about some of their future plans. Bwin is a leader across Europe in online gaming, poker, and sports betting though they are not known extensively in the UK as we have a very well developed market here already.
One of the new ideas Bwin is rolling out this year – after the busy World Cup period – is social gambling. Imagine I had just placed my Gordon Brown bet on the Bwin site instead of with their competitor. Instead of coming here and telling people about my betting on a blog, the site would automatically tell my friends via a variety of social networks – but it would tell them as a “challenge”… Mark thinks this is going to happen and he challenges you…
So it’s a great tool for promoting their business, but it’s also fun for me as a user because my friends are involved in what I am betting on – and they see what I win too.
It’s a real shame the Bwin service won’t be ready before the World Cup, and I believe they are limiting the initial roll-out of social gambling to France anyway, but when they do start offering it here I’ll probably be a customer. I’d love to have a punt on England winning a game knowing that my friends can see what I’m doing and possibly encouraging them to bet against me.
Social betting seems to be less about gambling and more about entertainment. A trip to the bookies will never be the same again. 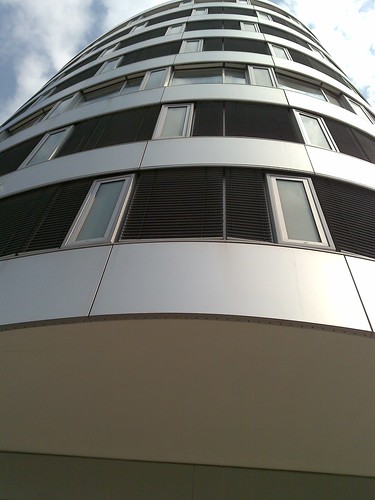