Latest Blog Posts
Related Content
BlogRoll
Latest News
Download Computer Weekly
A long time ago I wrote about a guy who worked in Starbucks who set up a barista group on Myspace (yes it was a while ago). Within a few months he had developed a network of thousands of baristas from all over the world, all swapping ideas about how to make better coffee.
And there was nothing official about the group. The boss had not asked him to set up the group and there was no formal control taking place.
I thought about this today because a friend of mine called for some advice on a company he works for. It’s a big international IT services firm and some of the staff have set up a Facebook page in the company name, but this time it’s to swap gripes on how much they hate working for the firm.
I’m pretty open about most of my communications, but taking a look at this page I was shocked to see present employees of the firm complain about their pay, parking policy, lack of bonuses… etc… and all in their own names and openly pasted on the wall of the page with shocking language. Like Johnny Rotten complaining he never earned enough from the Sex Pistols.
So what can you do if you end up in this situation?
I’d suggest two steps. First, it’s foolish for any employee to go around posting disparaging comments on the web using their own name and with the name of their employer openly displayed. It must certainly be a direct contravention of their employment contract, so it’s up to the boss how to handle it with the staff. Go soft and warn them, or sack the lot of them – the choice is yours.
Second though is how to get rid of the page. It’s a harder call to make because anyone can set up a fan page related to a particular product or service – though there are restrictions about representing trademarks. However, it’s feasible I could create a group tomorrow called “I love Mars bars” and generate discussion on a product without the Mars company or Facebook ever complaining.
If there is obvious abuse of a brand on a page then I would assume that Facebook would listen to a representative of the company and would kill the page. I’m not certain of that and I’d really like to hear from someone who has tried.
Have any readers had to shut down this kind of abuse before? 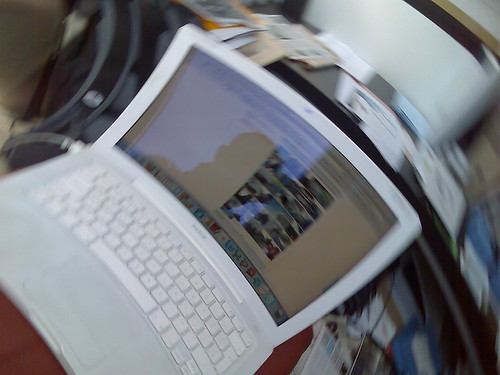