In the midst of the recent Egyptian revolution, I told a story on this blog of an IT company called Arkdev in Cairo that went to every possible length to keep working with their American clients – even to the point of using dial-up modems connected via international calls, just to ensure they kept delivering.

Today, Arkdev released a short – and very colourful – book documenting their experience. It’s available free and I really recommend that you go and take a look because it’s a great read and really gives some insight into how it felt to be just trying to get your IT job done as the entire city collapsed into chaos. They even mentioned this blog as being a part of the story.
At the time of the revolution, it looked like things were over for IT firms in Egypt. How on earth could they sell services to overseas customers when the government was even pulling stunts such as switching off the Internet for the entire nation? Even once the revolution was complete, it seemed that companies doing IT business in Egypt were ready to leave in droves, just to escape the uncertainty.
But Arkdev’s story is one of resilience and it is to their credit that they have not lost any clients because of the uncertainty. The change in government – and sudden lurch to democracy – is now being presented as a step change for Egypt that will catapult their IT industry into the mainstream.
In 2009, I visited Cairo along with a group of industry analysts from firms such as Gartner and Forrester. Our brief was to explore the industry and to report on our findings without interference from the government. There were many favourable reports that came from that trip, but one question kept on recurring in the non-alcoholic bar discussions. When will Mubarak go and will any transition cause a long period of uncertainty for this industry?
Nobody expected it to happen so quickly or so violently, but it happened. And the Egyptian’s are back in business, for IT as well as tourism. Arkdev’s story shows that Egyptian IT firms can tear up service level agreements and still make deliveries happen in the most trying of circumstances – surely it’s teams like this that anyone would want as a partner?
Egypt is now back in business as a democracy so let’s see what the IT industry there can really do as confidence returns. 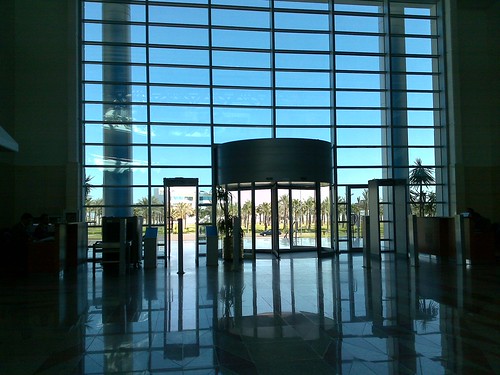