If you are a F1 fan like me or even caught a glimpse of the news this weekend, you would know it was the Silverstone Grand Prix on Sunday. You would also know that the typical British summer tried all it could to damage the spirits, and the cars, of all the attendees as the track was covered in water and parking fields turned into mudslides.

Yet when I left the house at 6:30am on Friday morning to join the Force One India team, I was full of high spirits, unaware of the trauma that lay ahead to get a glimpse of shiny, fast cars and, hopefully, Jenson Button. 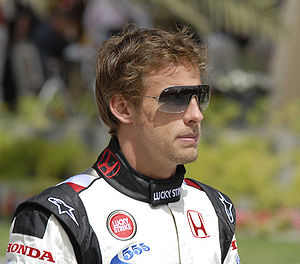 Traffic backed up for miles, we had to walk through the rain from the village where our cab driver unceremoniously dropped us off and my corporate outfit for the press briefings in the morning looked more like I had just returned from Glastonbury.

Funnily enough, the trauma was quite fitting to the announcement the F1 team was due to make. Once all the executives had fought their way through the jams, we were informed about a new partnership with Internap which would see the company take over the hosting of its website.

As Force One’s head of partnerships said, F1 is all about the glitz and glamour of the high performance technology. However, the team’s website was slow, couldn’t handle rich media and had a fit anytime traffic spiked – usually over a race weekend.

By handing over the managed hosting and network optimisation to Internap in March, it claimed there had been no downtime for the site, increased return traffic and longer browsing times from their visitors. There was also a 50% rise in load times and all this led to some cheesy social media feedback from Force One fanboys.

It was the same when O2 got the exclusive of the iPhone. No-one was prepared for the huge spike in traffic it would cause, the network overloaded and many complained that the first generation iPhone was useless for making phone calls, when really it was the back-end and huge usage that was to blame.

If the spikes in traffic are prepared for and the infrastructure is optimised to its full potential, no-one gets the bad reputation and all the visitors for both Silverstone and Force One’s website, have a good time.

However, for me, more hours of walking in the rain, an hour long fight to get a taxi and three changes on the trains to get home had left a rather bad taste in my mouth about all of them. Come back and ask me again once I have dried out…