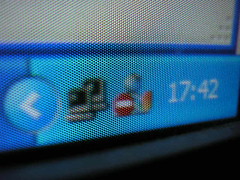 This week I have been pondering the end of an era and come close to wiping away a tear over the loss of a staple of my teenage dramas.

The sword was already hanging over the head of Microsoft Messenger – or MSN Messenger as we all knew it – but I today received the email telling me 15 March was the date for transferring your contacts and moving on to the new(ish) pastures of Skype.

See, I was born in the mid-eighties. I am from the generation before the “digital native” who knew how to play with an iPad as soon as they fell out from the womb, but also slightly later than those who thought Pong was the height of sophistication.

Although my earliest tech memories tend to be of my sister’s Amstrad or my own Nintendo consoles, my teenage years were dominated by the internet and the cries from my father to make sure I disconnected every 59 minutes so we could take advantage of the free hour deal Bulldog did at the time.

When I was in senior school, the craze rushed through the halls like football stickers did a few years before and everyone was trying to come up with the coolest email address to use on Hotmail. As the token ‘goths’ at school, we were trying to come up with the darkest – I remember a specific phase as ‘Satanic Rose’ – and once we all had the net at home, we would spend hours whining to each other over MSN about how the world hated us or how great the latest Cradle of Filth album was.

As I went through my teens, it continued to be a huge part of my life. Leaving for university meant I could still talk to friends back home, meeting new people at gigs used to end with “what’s your MSN name?” and dull statistics lectures used to be cheered up with details of who had done what at the student union the night before. I even managed to meet my best friend on MSN years before we even met in person – sometimes I think he would have preferred we hadn’t…

Then came Facebook. We all had MySpace already, but Facebook felt different and, even before the chat function was installed, my friends and acquaintances drifted away from MSN to the world of status updates and the infernal tagging of photos on nights out that should have remained between your nearest and dearest.

I never had the heart to delete my account and once in a blue moon I sign into Hotmail and glance at the chat bar to see which blasts from the past are online and still using MSN.

It is great Microsoft are offering the option of merging your contacts onto Skype and trying to keep the dream alive but I use Skype for work, keeping in contact with colleagues, companies and occasionally a friend or two when I am working abroad. It is not somewhere I see myself swapping anecdotes about someone’s house party or, well, the latest Cradle of Filth record.

I have a feeling many MSN users of my generation will feel the same and stick with Facebook or even Twitter for these more frivolous conversations, rather than a video platform that, whilst it has caught the imagination of many, doesn’t have the fun vibe and ‘part of a community’ feel that gave MSN such an impact over its competitors like ICQ or Yahoo Messenger.

Thanks MSN, you helped me survive school, make friends at uni, end relationships swiftly and wile away many a long night growing up in deepest, darkest suburbia. You will be missed.