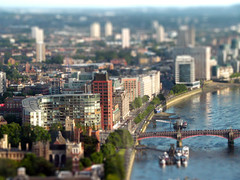 But all of the world’s most brilliant cities have their issues. Barcelona is the capital of pickpockets, Copenhagen is too darn expensive, Edinburgh is too cold.

London is unfortunate enough to be continually compared to our cousin across the pond though; that special relationship that can only exist with one bullying the other about their superiority – yes, dear readers, I am talking about New York.

It is cleaner than us, its subway runs better than ours (although smell worse), its crime rate is lower and now it is even stealing Boris’ Bikes! But as the networking editor here at Computer Weekly, it is their mobile broadband performance that has put the final nail in the coffin for me.

This is a nightmare. When we are trying to compete with New York for tourist trade and business relocation, we cannot be this far behind when it comes to mobile broadband. People want to be connected – the popularity of Wi-Fi on the Underground proves that – and with more and more relying on their smartphone as their primary device, mobile broadband needs to pull up its socks.

Luckily 4G is coming. London will be able to show off significantly higher speeds once the full roll out kicks in next year and for residents taking contracts with EE, this will be even sooner.

We may come a little slower to the game New York but watch out, us Londoners always get it better in the end.