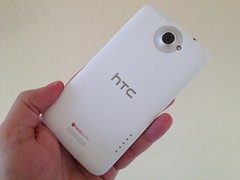 I have never been one for forward planning, but I am afraid I have dusted off my best black dress, ordered the flowers and am now writing the eulogy for HTC.

This company once had it all. The pioneers of Android handsets, when HTC launched the Desire smartphone in 2010 it was praised from the rooftops for offering an innovative design, great usability and something that finally gave a sexy alternative to Apple’s iPhone.

Yet, year by year, the launches have never quite lived up to expectations. The HTC One X had a number of similarities to the Samsung Galaxy II but didn’t win the hearts of the anti-Apple brigade. The Windows Phone ranges never felt quite as capable as what close Microsoft partner Nokia was producing. And now, the HTC One is facing its own problems.

The Wall Street Journal has reported that shipping of the device is going to be delayed – something BlackBerry will tell you doesn’t help when you are trying to compete in such a busy market – and longstanding CEO Peter Chou has even said he will step down if the new flagship smartphone fails to take off.

I got some hands-on time with the handset at this year’s Mobile World Congress and just wasn’t that impressed. It felt like elements of the UI had been changed for the sake of it, rather than to improve usability, and the much lauded aluminum casing felt cold and a tad soulless for my liking.

Others have disagreed and applauded the device, but even those won over by the HTC One have very little belief it is going to change the market or take the crown from Samsung for best-selling non-iOS handset.

HTC has lost the high-end market whilst the budget entry market has been swamped by the likes of Huawei and ZTE. It really needed to do something exemplary to solidify its place in the world and now it just feels like it is praying for its history and loyal customers to save the day.

I have always been pretty manufacturer agnostic when it comes to handsets, having sported a BlackBerry, Nokia, Samsung and Huawei in the past few years, but I loved my HTC Desire and have always rooted for them to make their comeback. If even I have given up now, I can’t see many others being far behind.

Stop all the clocks and cut off the telephone HTC, let the mourners come.