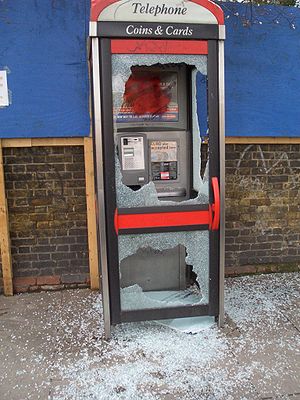 I grew up in a small village in deepest, darkest Hampshire. When I was about 10 years old, the big news in the parish magazine was the fact we were getting a phone box. Oh the excitement! Don’t get me wrong, the painfully middle class population all had their own home phones, but it felt like East Oakley was being included in ‘the modern times’ and keeping up with the Jones’ – or neighbouring villages anyway…

I genuinely remember the moment vividly. Me, Danielle Stacey, Keira Armstrong and Rachel Davies, walking to the SPAR shop – something we weren’t allowed to do on our own at the time, naughty us! – and dialing 100 for the operator (the only free number we knew at the time) to tell them to get off the line… or they may be hit by a train! Hahaha… OK, please remember we were only 10?

I am sure the only people that used that phone box were the local kids messing about, harmless as it was, but I still stick by the excitement it brought to the residents, young and old alike.

So, you can perhaps understand my reality check on receiving the latest consumer research from EE – used to tout its 4G network of course – saying half of all 18 to 24 year olds had NEVER used a phone box.

Working as I do in the West End, phone boxes have been purely for calling cards of ladies looking for, shall we say, company of an evening for many years and it was a talking point a few weeks ago in the office when I saw a man actually using one to make a phone call. Admittedly then, the stat that 80% of people had not used a phone box in five years was understandable.

But I am only in my late twenties myself and it amazes me that people so close to my age have never had to panic as they throw in an extra 10p to call their boyfriend when they are away on a dull family holiday, keep the emergency 20p to call mum or dad to come and pick them up when you have missed the last bus home from someone’s not-so-secret house party or played pranks on poor, bored BT operators.

I know age comes to us all – my sister and I were last night discussing how our first email addresses were almost old enough to legally drink – and technology changes with the times. But it is little statistics like this that remind me how fast times are moving now and today’s next big thing is tomorrow’s age old relic.

Well, at least I can be grateful for the fun we had with the phone box, although perhaps not so grateful that it was the highlight of my year in 1995…