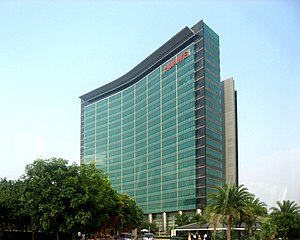 The BBC today ‘revealed’ Huawei was the company behind TalkTalk’s net filtering system known as HomeSafe. The service allows customers of the ISP to choose to block certain types of content from their homes, from pornography to social networking sites, and has been available since 2011.

Now, I have a lot of problems with this proposal, even ignoring the technological issues surrounding it. If this actually makes it through to being legislated, I won’t be blocking anything to my internet connection, not because of some insatiable need for adult films (hush you dirty minded lot) but because I don’t trust what will be deemed pornographic by those making the rules.

But also, I don’t feel comfortable with the list of things blocked under these new rules. For example, I don’t condone extreme violence but that doesn’t mean I don’t want to see it in news reports exposing horrendous activity that should have a spotlight shone on it.

So in my opinion, the only hope of these proposals being taken seriously and having a chance to be accepted will hang on who decides on the definition of the content.

Right now, Huawei makes that choice for TalkTalk. This has caused some nervous reactions as the firm is still facing questions over links with the Chinese government and, no matter how many times they say they can be trusted, fears in the UK have yet to be sated – although the reaction has been much more proportional than the US for example.

But I think everyone needs to calm down. TalkTalk is happy with Huawei’s database of which sites should be blocked and which shouldn’t, the service is voluntary and although all requests to the internet over TalkTalk routers go through the system, it doesn’t stop people viewing website unless they have chosen to do so.

It is of no surprise to me that one of the leading technology companies from the country most renowned for blocking content has been deemed the one with the best software to do this for a voluntary scheme.

Now, if the automatic opt in proposals come into force, more questions would need to be asked if Huawei was used. Not because it is a Chinese firm, but because I don’t think a private sector company should be making the moral decisions for UK households. Admittedly I don’t think the state should either, but interest groups from both sides, academics, media representatives, a huge array of society should have a say on what is blocked or not blocked, not one company or one Prime Minister.

I remain somewhat sceptical about Huawei as I have yet to see proof either way of its guilt or innocence when it comes to sharing information with the state. What I do know is its technology is highly thought of within the telecoms sector and if these experts continue to choose it, there must be a reason.