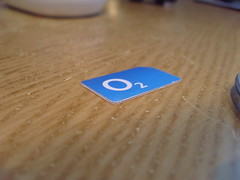 Today has seen yet another technical failure leaving hundreds of thousands of people in the UK without a tool that is necessary to their daily lives.

This time it is O2, a few weeks ago was RBS and in between has been a number of hits to the likes of Amazon and Salesforce, not hurting consumer daily activities, but cutting businesses off from much needed tools.

The problem is the causes of these outages are so often hushed up. Take the London Internet Exchange (LINX) that went down in on 31 May. Despite chasing around and getting reliable sources to pass on information, a public response of the cause was not issued until 26 June, leaving Juniper – the original suspect – red faced for over three weeks, despite not being to blame.

RBS was the same.  CA Technologies is thought to be the culprit and many trustworthy insiders have said as much, but the bank is still keeping pretty quiet on the true cause of its outage.

Today I had a run in with Cisco about the O2 outage. It took them three hours to confirm if it was down to the hardware it provided the mobile operator – it wasn’t – despite the fact the firm was a prime suspect after touting its involvement with O2 through case studies earlier this year. Huawei has still not bothered to get back to us as to whether the fault came down to its management of the network.

Add to that the fact it is known as common practice to keep these things quiet. Earlier this week I met with BT to talk about the technology they are providing for the Olympics. I asked if the firm would make public any issues it had and what was to blame. The spokesman said he would not reveal anything unless it was obvious to the viewer something had gone wrong.

The point is this: it is bad for everyone involved if you don’t come clean about the problems you are facing. For the company dealing directly with the consumer – say O2 or RBS – it makes you look incompetent and like you have no clue about what is happening in your back-end systems. For providers of technology – such as Cisco and Huawei – the sooner you clear your name, the better and, if you are the culprit (before Cisco worry, we know you are NOT responsible for the O2 outage) the more time you have to spin the story to make you look like you care about what the customer is going through and get on with fixing it.

When O2 got the Apple iPhone as an exclusive and it overloaded the network, people branded the handset as being useless for making calls. Now customers know you have to look deeper at the problem, and providers like O2 will get a very bad reputation if it doesn’t come clean and tell us who is really to blame at the next layer down.

The best PR for a company is truthful and forward. O2 has been praised about its regular updates and good Twitter interaction. If everyone who has an outage can do this AND be truthful as soon as possible about what is wrong at the back-end, only the ones causing the issues will take the flack, not everyone associated with the company.