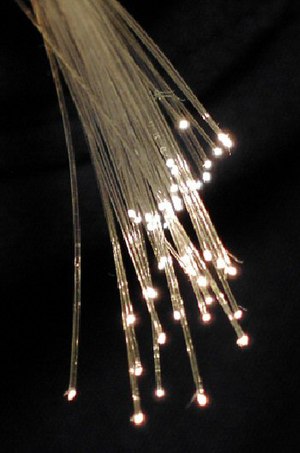 I am at SNW Europe this week and have attended a number of sessions from the great and good of the storage and networking industries. There may have been news and views galore dashing round these halls, but it was a small session with a little audience that took me aback the most.

I learnt a number of things, such as the distance data can travel is dramatically reduced as fibre channel capacity goes up – 4GB FC can travel up to 400m whereas the next standard of 32GB (due in 2014) can only travel 100m.

I also learned that GB over Ethernet keeps the same distance due to the way it is built – 40GBE for example is made up of four 10GBE portions, meaning the statistics remain the same as one 10GBE cable.

But what amazed me was how the simplest of tasks was so frequently ignored and caused such damage to hardware performance in a datacentre – cleaning your connectors.

“I don’t know why we start to talking about this today again as this is a topic we have been talking about since the very beginning of fibre optics,” said an exasperated sounding Dr Berg. “I remember in the 1990s if you bought fibre optic cables, the bag came with have an instruction manual telling people to clean the fibre optic connectors before plugging them in, but it was frequently neglected.”

When you first mate the cables with the kit, whether you had cleaned it or not, the network will work. As it works, no one thinks to go back and look again, or if the cable is moved, to clean it before it re-enters the network.

But each time the cable is taken out, performance drops as microscopic pieces of dust and dirt get in the way of the light beams. After the third mating of the cable, this drop becomes significant, falling by as much as a third from the data Dr Berg shared.

Imagine if the performance in your datacentre was suddenly slashed by a third, all because someone hadn’t run a thread-free cleaning wipe over a connector. It is insane anyone would let this happen in their environments.

“My recommendation is use cleaning tools to be sure your infrastructure works properly and this isn’t just my recommendation, these are European international standards.”

Why there even has to be standards for something so commonsensical I don’t know, but it is there, EN50346 for those of you who need to know how to clean.

Look, I am no domestic goddess and struggle to keep my desk tidy, let alone the thought of a datacentre, but seriously, clean your connectors people! It is madness to allow something so simple ruin performance that is needed more than ever.