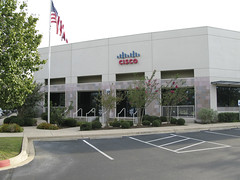 Cisco has been the biggest name in networking for as long as I can remember. It encompasses the old “never get fired for buying” adage more than IBM and I can barely think of a business who doesn’t use at least one bit of kit from the Silicon Valley giant.

Although over the past two decades there has been a few notable rivals in the networking world, it was never the coolest or sexiest area of technology to get involved in. Start-ups liked to focus on what they could do on the end of the network, rather than making it work better in the first place and Cisco continued to grow its loyal, if not reliant, customer base where others feared to tread.

But in recent years there has been a somewhat subtle but still notable change in attitudes towards networking. As the internet and cloud computing have become more imperative and new generations of start-ups have been inspired to create services putting everything from HR spreadsheets to holiday photos in external datacentres, the importance of the network has grown.

Where people use to blame the application for running slowly or the device they were using, even the less technical of employees can identify when it’s a network issue, from smartphones to the office Ethernet, having more awareness than ever before of what is powering things behind the scene.

This has led to a surge of even fresher faced, brighter thinking new companies who want to leave the end points to the guys from the 2000s and spend the 2010s on the software and hardware getting them working.

Never has there been such a thriving networking industry and it is unsurprising the industry is thinking Cisco is scared.

The one emerging technology on everyone’s lips is software defined networking – decoupling the hardware layer from the control plane, giving much more control, flexibility and real time reactions to traditional kit. One of the keys to the open standards that are being developed is the software will be the key component and capable of running on a number of hardware vendor’s equipment.

Essentially, the hardware Cisco has kept companies signed up to for so many years will become a commodity product.

Cisco has publically attempted to embrace SDN with its Cisco ONE strategy but those who understand the technology see it as a copout, still trying to convince customers you need hardware AND software from Cisco for it to perform the best – something that goes against the whole ethos of what SDN is.

But, why would Cisco be scared? Yes, there are more companies than ever before and yes, they may not be embracing the new trends as quickly or positively as others, but they are still the big guns with the market share and it is far too early for the SDN technology to make any impact on that.

Well, the reason the big boy should be nervous is its talent is jumping ship and getting into bed with the young upstarts, bringing their expertise and experience from the legacy company to a more enthused and innovative setting, backed by a lot of venture capital.

The latest casualty for Cisco is Prashant Gandhi. He was responsible for development of SDN products at Cisco but has now left to become the vice president of product management at one of the hottest companies being talked about in Silicon Valley right now, Big Switch.

This comes less than nine months after the overall head of SDN, Tom Black, also turned its back on Cisco to take up a position at new start-up Atista Networks.

Both these departures have been a major blow to Cisco publically as it seems to show those who really know what they are talking about with SDN are looking to the open innovation of the newer firms than the traditional clinging on to market share of older companies unwilling to accept a future where they can’t tell the industry what to think anymore.

And it is hard to believe there isn’t a lot of fear inside the San Jose HQ as well, wondering how they can keep hold of their talent and dominant position in a world where the network is changing. In the lower down ranks, there may even be questioning of whether 18 years is too long for a CEO to be in his position.

I don’t believe they can hold onto the number one spot. The fact is the networking market will be shared between more players than ever before and have a new focus that Cisco is unlikely to be the best at.

What it can do is stay relevant. I think the company needs to stop focusing on acquisitions and start allowing its own engineers to take that cash and throw it into R&D. This way it could attract some of the younger generation coming up in the Valley right now and come up with some technology that could keep it in the game.

But it must let go of the past. Yes, SDN is someway off of becoming a mainstream technology, but it will get there and it is up to Cisco whether it is still running around with a pad and pen pretending time hasn’t moved on or whether it has a team of youthful, excited professional bringing their talent and enthusiasm to the table.

I just wonder how many executives and developers it will lose before it realises that.