This Friday sees the UK launch of multi-lateral trading facility (MTF) Bats, which will increase the competition facing the London Stock Exchange.

With the ability to process trades in under a millisecond, Bats has an advantage when dealing with the large investment banks that use computer generated algorithms to instigate trades. With stock prices fluctuating rapidly a millisecond here and there can make a big difference.

MTFs, which compete with traditional stock exchanges, are already in the UK in the form of Chi-X, Nasdaq OMX and Turquoise.

All these stock trading venues use complex core trading software to complete trades and rely on massive IT infrastructures to process and store the information.

Bats, which was launched in the US in 2006, is in the process of building a European business. Its UK launch is on Friday.

It has a technology platform that can perform trades end to end in less than one millisecond. This compares to the London Stock Exchange’s three millisecond trades. The length of time it take to complete a trade, known as latency, is very important to large investment firms that use computer generated algorithms to instigate trading.

The markets in financial instruments directive (MiFID), which came into effect in November last year, has liberalised the stock trading sector through the removal of the concentration rule. This rule stated that trades should go through local exchanges, facilities MTFs have emerged.

Coincidentally, Friday, when Bats will launch, is also Hallowe’en. An apt day for bats to take flight? 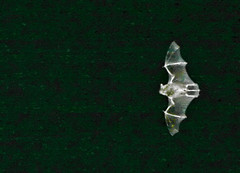