Why is the £24bn of UK government computing delivered by just 18 companies rubbish? Mmm. This one may require yet another parliamentary inquiry. Fortunately, we have one. It met yesterday and was quite revealing.

The four witnesses who went before the Public Administration Committee illustrated the problem amply. Half of them were from Intellect, an IT trade body that gives every impression its SME membership is dominated by large suppliers in the way a couple of elephants would outweigh a sack of mice on a set of scales.

The Intellect contingent apparently favoured SMEs. Janet Grossman, the chair of Intellect’s public sector council, claimed as much. But Grossman is a director of the $17bn systems integrator CSC in her day job.

Take open source software, which systems integrators are said to have ignored despite it being a preference of government policy for two years.

Grossman claimed integrators were doing more open source than people thought. There was lots of open source in government already, she said, and systems integrators would be doing even more of it in the future. Gerry Gavigan, head of the Open Source Consortium, spluttered from the public bench at this. 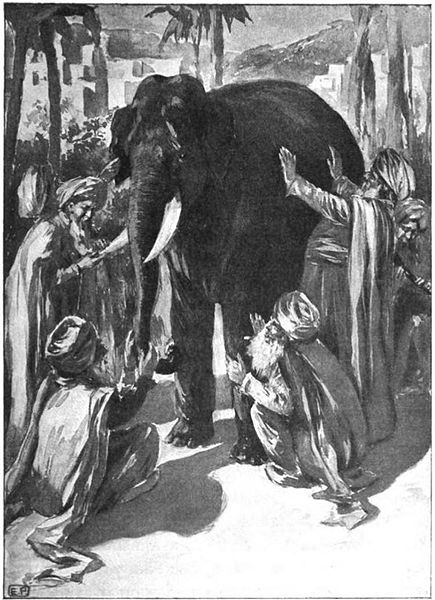 The big 18 have it all under control, was her point. Trust us. We’ll take care of it.

It was nevertheless time for an apology of sorts. Open source was a “generational thing”, said Grossman. The old guard didn’t understand open source, was the implication. They also weren’t as clued on to agile development methods as perhaps they ought.

It was a most perceptive statement.

The IT industry was built on a conventional corporate model under proprietary software licences and elephantine contracts managed by bureaucrats, accountants, and lawyers who are the legacy of another epoch. Now the techies have bred and are starting to build systems on their own terms, the IT establishment is shaking on its foundations.

So, Committee chair Bernard Jenkin MP posited helpfully, might agile methods lead to the fragmentation of the IT industry?

How indeed could elephantine IT suppliers possibly survive the introduction of collaborative, open development methods in a networked world?

The elephant leaves a FUD

Ah but you should beware of these newfangled ways, say the systems integrators. Trust us.

“The problem with agile is if you are not careful and you are not an informed customer, it can be the never ending change programme,” she said. It was classic FUD.

That was the whole purpose of agile, said Martin Rice, managing director of Erudine, who sat at the witness bench with Grossman.

Agile was designed to make change easy, to reduce its cost and remove its contractual burden. It thrives on continual change. Whereas he said, quoting cross bench peer Sir Merlin Sereld Victor Gilbert Hay, the 12th Baronet Moncreiffe and 24th Earl of Erroll: “Its the job of the systems integrator not to solve the problem but to extend the problem.”

The difference is illustrated well by the example of Directionlessgov, a website knocked up by a couple of hacktivists in a morning that puts the government’s multi-million pound DirectGov web portal to shame.

Facebook was likewise not designed by committee under a hundred-weight of reports and then held in stasis under a 10-year contract in which every blockhead software tweak is charged at a King’s ransom. As Rice told the Committee: “Facebook didn’t have a document that said,’Lets do Facebook’, job done.”

And so Intellect might wax wisely about the government IT problem. But it can only see it from the inside. It blames government for not being an intelligent customer, when the problem was government trusting large suppliers to be the intelligent customer on its behalf. It blames bureaucratic procurement rules, when the rules were designed to stop large suppliers getting too big for their boots. It says the government should talk to industry, when it means talk to Intellect members.

They are as convincing as the ministerial platitudes of a teetering Arabian autocracy. Perhaps its time to let the coders get on with it. What might government do to lift their yoke?