The UK’s open data programme looks like it has hit a wall after a senior official intervened to call time on its release of the nation’s most valuable public data assets.

As the campaign bugle call for prime minister David Cameron and chancellor George Osborne, open data was at the heart of their plans to downsize government. But their open data programme came up hard against the those quasi-public bodies permitted to sell the UK’s most valuable public data assets for profit – bodies called Trading Funds.

That changed in the summer when Companies House, the Trading Fund that manages the public financial statements of private companies, said it would release all such statements as open data by June 2015. The public have had to pay a nominal fee to search its records.

But while it looked like the open data programme was at last achieving its radical ambition, the Companies House announcement was not the breakthrough it seemed. And now the Companies registrar has said that might be as far as it goes. 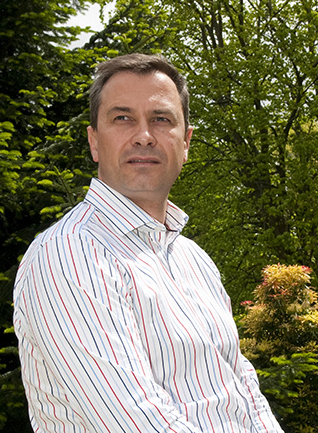 “For too long the debate has been an all-or-nothing, black-or-white situation,” Tim Moss, chief executive of Companies House, told Computer Weekly.

“We need to have a mature debate on open data, as to where it works and where it doesn’t. I don’t think we always get that,” he said.

Moss was responding to the open data advocates around the prime minister, David Cameron, who had protested that the UK had neglected to use an update of regulations to impose open data conditions on all public data.

For Moss, the debate was not a matter of whether the public should be able to access public data without condition. It was up to Trading Funds to decide for whether it was in their own interests to do it.

“The open data model absolutely works for us,” he said. “And that’s why we’ve built it into our strategy.

“But the business of other Trading Funds is different and has to be looked at differently,” he said.

On the face of it, open data looked devastating for Companies House. It made made £64m last year, and employed 967 people.

Formerly public bodies, Trading Funds such as Companies House were set up to charge fees for public services with commercial potential. Created by previous Conservative governments, they were partial privatizations of public services not rich enough to be sold off. The fees where meant to cover their costs. Open data would cut their income and invalidate their reason for existing as Trading Funds. They have been reluctant to sanction this.

The coalition government’s “digital” reforms have meanwhile been replacing manually-intensive government functions with automated processes. That has cut the cost of managing and distributing public information drastically. It made their open data programme feasible. If public data could be distributed free of charge for the public good, then why charge for it?

That question has been answered partially by its moves to privatize its most valuable public data assets.

The Trading Funds have meanwhile been undergoing their own digital transformations. But their cost-savings have been boosting their bottom lines. Other Trading Funds such as the £144m turnover Ordnance Survey have so far refused to invest their cost savings in open data. Though they have made token releases, their livelihoods still depend on selling public data.

So open data sounded radical for Companies House – meaning either renationalisation or dissolution. Moss too, told Computer Weekly it was a radical move.

But what would it mean for the £64m Companies House and its 967 people? What had Companies House forecast would be the consequences if it started giving its assets away?

Moss said he didn’t have the numbers to hand.

But if he did, they would have revealed another surprise: open data will have minimal impact on Companies House. It won’t be hollowed out by open data.

More than 80 per cent of Companies House’ income came from company registration fees last year. The law obliges companies to pay to file their financial documents at Companies House.

Its public search fee had been token. It raised £15m from search fees last year. But its search function made a loss. It used to run separate computer systems to receive company filings and provide public access. Now it has merged them, companies will make their filings as data and the same system will give public access at almost zero extra cost. The process will be automated or self-service in keeping with the coalition government’s digital strategy.

Digitization might cut its costs. But open data won’t undercut its own business. The considerable public interest in opening access to its archives was already reflected in its token fees. Digital transformation removed any need to charge by removing the cost of providing the service. Making its data open was a trivial matter because it did not concern its core income-generating business as registrar.

But digitization has not removed all incentive to charge for public data assets where they have greater commercial value. Contrast Companies House with Ordnance Survey, which has made limited open data releases to entice customers to buy access to its full database. Ordnance Survey is a data business. Its public data assets have immense commercial value. They are consequently less likely to be turned into open data.

Francis Maude, Cabinet Office minister responsible for the UK’s open data policy said in July Companies House proved the government was committed to turning data “of most value to citizens and businesses” into open data.

It rather demonstrated how the government was committed to turning only that data of least value to private investors into open data.