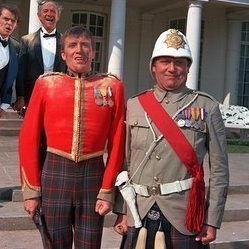 Open standards – the keystone of the coalition government’s “post-bureaucratic” reforms – the acid that would eat away the digital cuffs that held British society in hock to corporate power and “vested interests” – has been eaten itself by the very bureaucracy it set out to disrupt.

Britain’s legendary bureaucratic machine consumed the coalition government’s open standards policy like a boa constrictor would consume a child: one languorous gulp at a time.

Last Friday, three and a half years after the coalition promised revolution, the bureaucratic boa regurgitated a remnant of that policy to a fanfare of kazoos.

This came two and a half years after it first published its strident policy, two years after it revoked it, a year after it restated it again but weakly, and six months after it gave the policy to a committee. That committee last week week issued a statement that approximated the obvious. The post-bureaucratic age has surely arrived.

It said British government would henceforward conduct all its digital business in UTF-8 – a character set: a system of codes a computer can recognise as letters (so data in spreadsheets and whatnot can be produced by one computer and processed by another).

And it agreed in principle the idea that there should be a single method of describing data items across government.

UTF-8 is already becoming the de facto character standard, having been sanctioned by the Internet Engineering Task Force and World Wide Web Consortium (W3C) – industry bodies with more clout, apparently, than HM Government’s Cabinet Office. Its opted method of describing data across government was also already being implemented across government.

It was as though the Cabinet Office had hopped on the back of the number 12 bus to Trafalgar Square, yanked the bell-chord and declared: “Trafalgar!”.

Open Data people were glad to hear it. They are on their way to Trafalgar already. There is more than one way to get there. The computing consensus for serious applications appears to be the number 12 bus. It is nevertheless feared the route might be criss-crossed with wayward public techies stumbling into cul-de-sacs and dead-end roads if there wasn’t a spot of British brass button (leading from the back). The open data movement wants government to shepherd the strays. But it might have wanted more shepherding than it got. The wider computing industry got even less than that. And it had been promised a lot more.

Coalition ICT policy had promised to shake the software market up first – before it dealt with open data standards.

Open data was uncontentious. The software market on the other hand was powerful and corrupt. The coalition’s open standards thing was about breaking the power large companies had over government. It was going to do this by using open standards in place of standards set by these powerful companies. It promised liberation.

So it was going to declare open standards for file formats like documents. These mundane schema were the fulcrum of power by which Microsoft gained monopoly power that made it, for example, the single largest supplier of software to local government. Open standards policy – remember – was about saving people from being “locked-in” to buying licenses from powerful software companies.

It was tied up with Conservative rhetoric about the last government being in hock to big computer companies who claimed monopoly rents even while they cocked up big computer projects.

“Tony Blair tried to do this,” said Liam Maxwell, Cabinet Office CTO, in a 2010 paper for the Network for a Post-Bureaucratic Age, a Cameronian think tank where the Conservative IT reformists came together.

“But the ambition was never matched by delivery – even a powerful premier found it difficult to continually push against the stasis of Whitehall.

“Open Source and Open Standards … they were squashed by a lazy establishment,” said Maxwell’s NPBA paper.

Within 9 months Maxwell had taken the very same baton up at the Cabinet Office. His orders, set by the coalition ICT Strategy:

“The first wave of compulsory open standards will determine, through open consultation, the relevant open standard for all government documents.”

Two-and-a-half years on, that policy has been squashed too. It is not just a U-Turn. It is a momentous let down.

Open document formats – and the resolve to tackle the $multi-billion software giants that oppose them – have been relegated to a point of further business so far down the Cabinet Office agenda that at its current rate of progress will take many years to fulfil. There’s no drive left in the policy. It’s got flat tires. It’s going nowhere.

A spokesman for the Cabinet Office said today: “The ICT Strategy said document formats would be in the first tranche of compulsory open standards.

“However, we have chosen to focus on less contentious standards challenges first, to test the process and the Standards Hub,” he said.

Maxwell’s effort on open source and open standards went the same way as the last government’s. Only he and his government made more fuss about doing it. We are going to make things better, they said.

But Cabinet Office faced intense opposition from Microsoft and other powerful software suppliers – most notably, Apple and Microsoft. It faced opposition from international standards bodies. It faced opposition in Whitehall, from the Department of Business, Innovation and Skills. The threat of legal action from software suppliers sent the Cabinet Office scurrying for help from public consultatio ns: twice. It led to this snail-speed, pigeon-chested open standards board that represents all that is left of the coalition rally cry for open standards and open source. It’s open source initiative has run out of steam as well.

When last year Maxwell finally slipped the overdue standards policy out, his office insisted it would apply to the likes of Microsoft and Oracle. But that was only in theory.

The small print said any new open standards would have to be approved first through yet more public consultation and a hierarchy called the Standards Hub on top of which sat the Open Standards Board, the bureaucratic body that as head of the bureaucratic boa took a languorous year to form and make its first approximate statement of the obvious.

Other governments and public authorities around the world have opted for open formats without such a fruitless and prolonged rigmarole. The Cabinet Office has effectively given up on software standards. It has been cowed by the industry forces it puffed itself up to oppose.

It has been left with open data, the field where its endorsement of standards last week was essentially, prosaically, unimpressively but quite respectfully bureaucratic.

The Open Data movement – introduced to government in the UK by Sir Tim Berners Lee before the coalition came to power in 2010 – is developing and is largely in agreement over its own technical standards. The government has endorsed them only as far as it can be sure it is endorsing the direction of travel.

Sir Tim Berners Lee’s idea was that data linked by the sort of standards loosely approved by the Open Standards Board last week will subvert the document as the dominant form for storing, transporting and searching for data.

It may not depose the document completely – or not perhaps for a long time to come. But open data is one way at least where the post-bureaucratic banner raised by prime minister David Cameron and his IT reformers in 2010 will subvert state power. But it is a way that was already under way, largely determined by forces beyond the government’s control, and the coalition has done little more to help than was already being done.

It is an area not yet asphyxiated by greedy corporations, as closed standards like Microsoft’s proprietary document format had asphyxiated software. But when they make their move – as is their way – could you count on this government to fight for the open standards principles it still claims to champion, and stand for the common good against them?