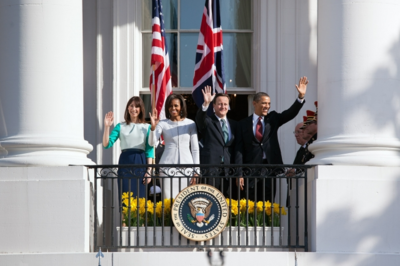 Allegations that BT is involved in an assassination programme in the Middle Eastern country of Yemen may come as a surprise to anyone more familiar with the image it likes to portray in television adverts: a supplier of home broadband to fashionable young professionals.

But while BT customers flounce carefree round their Duran Duran downloads, the Department for Business, Innovation and Skills (BIS) has opened an investigation into allegations that it also does the communications behind US drone attacks that have slaughtered civilians.

BIS officials are expected to deal with this by making a pronouncement on BT’s moral standing in September, following a complaint by legal charity Reprieve, which said the comms contractor’s work for the US military breached guidelines on corporate social responsibility set down by the Organisation for Economic Co-operation and Development (OECD).

It is an issue that might interest those paying good money for BT services: a programme of drone attacks reckoned to have put parts of Pakistan, Somalia and Yemen under a kind of terror not known since London cowered under the tyranny of the dreaded Doodlebug bombs during World War II.

US drones have since 2002 killed between 426 and 1,005 civilians in Pakistan, Somalia and Yemen, according to the Bureau of Investigative Journalism. They did this in the course of their usual business: the summary execution by remote control of people targeted not entirely accurately by US surveillance analysts on the lookout for terrorists in the most turbulent region of the world.

A Bureau investigation reckoned between 169 and 208 children met their end this way: by weapons with names picked from the wrong-side in a Tolkein novel: Hellfire missiles, sent from Reaper drones that prowl the skies under remote-control from the apparently Godless desert of Nevada.

Before UK officials get to the question of whether OECD rules deem it discourteous for corporations to participate in the accidental slaughter of civilians during the summary execution of insurrectionists in other countries, they must ask what part BT had in this. BT refused to say.

Civilian drone deaths are reported to have almost ceased since BT is alleged to have become involved. This coincided with of a hiatus in drone attacks.

This much is certain: Reprieve discovered the US Defense Information Systems Agency (DISA) contracted BT in September to operate a fibre-optic comms line between the regional US intelligence headquarters in Oxfordshire – called RAF Croughton – and Camp Lemonnier in North East African country Djibouti, where US drones launch their missions over Yemen.

But neither BT nor RAF Croughton would say what the comms line does for the drones, if anything at all. Reprieve reckoned it was obvious what a comms line between an intelligence centre and an operational base does. In Reprieve’s eyes, BT was therefore partly responsible for deaths dealt from Djibouti drones, and should be answerable for it.

OECD guidelines say BT should have done due diligence on its DISA contract for the sake of human rights, and taken mitigating steps if it didn’t measure up. BT refused to say even if it conducted such an assessment, let alone what it concluded.

“We are a telecommunications company. We connect lots of organisations. What they do with it is their concern rather than ours,” said a BT spokesman.

The contract was a confidential matter between BT and its customer, he said.

Andrew Robathan, minister for defence personnel, told parliament in March the US didn’t operate drones from the UK. Drone joystick operators, in other words, did not work in a Croughton control centre. Yet he did not rule out that Croughton might provide other support for US drone attacks on Yemen.

As with BT, Robathan really meant that it is none of our business. If we are impertinent enough to enquire after the victims, we must therefore draw our own conclusions about the justifications BT and Robathan found for their involvement. For we might presume they tacitly approved of it. How then did they quieten their deathly consciences enough to avoid attracting attention to it?

This exercise might prove somewhat inconvenient for those already with so little time that they might never organise their 80s kitchen disco parties if they didn’t have a BT HomeHub.

Because without answers to the questions raised by Reprieve, it requires us to imagine whether BT could really have pulled a justification for drone deaths out of the ethical maelstrom that arose when complex decades of civil war and poverty in Yemen were combined with a momentous change in the US’ modus operandi in its “War on Terror”: f rom brutish invasion of troubled states to surgical elimination of intelligence “targets”.

It tends to lead to the sort of sixth form analysis that neglects a proper tally of deaths from the other side.

Fortunately for us, US President Barack Obama addressed this very question in a speech in May.

His justification for drone deaths went, roughly: war visited us, we wrought it elsewhere too; it slaughtered innocent people in their thousands and may yet turn us irrevocably into monsters; but now we have technology to nip it in the bud in those places where it gestates: places so defunct their balsa-wood governments and tissue-paper laws cannot stop the chaos growing to overwhelm them.

There would be war without end and many more civilians would die but for drones dealing justice beyond the borders of prosperous society and the margins of the law, is roughly what he said.

And technology like that administered by BT has given us the means to wreak these surgically mannered wars that are so one-sided they are not wars: network technology that gathers intelligence for bases like RAF Croughton to single out the most violently disaffected people in the those countries fortune has treated most cruelly; technology that enabled Obama to say in May the intelligence behind every drone attack would be distributed to a sort of judicial committee of death sentencing to keep this horrible power in check; technology that presumably then strips this intelligence down to its co-ordinates and sends it on the line to Nevada for some grunt to target his Hellfire missiles over Yemen with all-too-much ease.

Obama said this macabre game of whack-a-mole would create room while he persuaded the American people that military budgets should be redirected to aid, because the drones would at last bring an end to America’s long war. He claimed drone deaths are not summary executions but strikes in the ongoing US war against terrorists.

He is meanwhile attempting to shore up and extend the economic biosphere that has sustained our prosperity, with trade treaties such as the one he is negotiating South, across the Pacific, and with Europe. It is like trying to build a dam between tides. His predecessors’ war machine won’t simply wind down. It may never have wound down in Europe after WWII if it had not been for the  European Coal and Steel Community, the peace-making 1951 precursor to the European Economic Area and the European Union.

Europe was equally familiar with the consequences of war as of inaction in the face of extremism. It learned, largely enough, not to countenance the poverty and hardship that nurtured them both.

The sound of the Doodlebug – the pilotless V1 jet bomb Adolf Hitler sent over London during WWII – is one of the most evocative reminders of those mistakes. Their engines would drone menacingly across the sky until the moment they were ready to plummet explosives into their target: London houses and infrastructure. 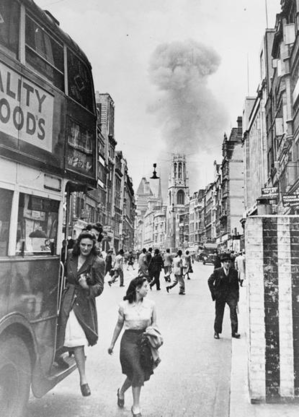 Reports of people living in fear of drones in Yemen sound similar to what was said of London under the Doodlebugs.

“The civilian population lives in fear, under permanent harassment night and day for months on end, not knowing when or where the next attack will come as drones buzz overhead…beyond the deaths…many have been seriously injured and traumatized for life, especially children,” said a Yemen campaign group reported by Reprieve.

The charity’s complaint against BT spoke of civilians slaughtered in careless drone attacks, with people hiding in their homes, traumatised by terror, shunning community gatherings, funerals and schools.

We in Shangri-La-La Land can only guess the extent of areas so inflicted in Yemen. Just as we in this particular corner of it must guess at the extent, effect and reason for our state and corporate complicity in drone deaths.

BT and the British government’s secretiveness suggests we are expected to simply enjoy our Duran Duran period while it lasts, while they shield us from the inconvenience of contemplating how the US inflicts horror upon escalating horror for the sake of our civil sanity. Or they might have put public image before corporate social responsibility: to afford them the convenience of nobody having to contemplate the horror and calling for it to stop. It won’t ever stop if the likes of BT and Robathan don’t come clean. But all they will say is, keep calm and carry on.