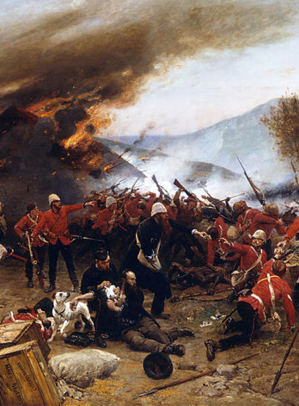 Technology threatens to disrupt NHS institutions and hasten their privatisation. Yet the Labour Party reckons it has a plan to “save the NHS”. It had better be a good one.

It wasn’t entirely convincing when Labour leader Ed Miliband sketched it out in a speech yesterday.

Step one of the NHS rescue involved hiring more nurses and doctors. Yet the NHS’ doom will be wrought by automation. Nursing and other NHS jobs will be replaced by computers. Future governments will be forced to cut staff not hire them.

The coming technological disruption will be so profound that scarce hospital beds will become surplus. Visitors will find hospital car parks have spaces. There’ll be fewer patients to visit when they get there. There will be less need for hospitals at all, and not much call for administrators and managers to run them.

The coalition government began this process in 2012 with a scheme to create ways to automate patient care using computers. It’s “3million Lives” trial targeted 15m patients with long-term illnesses who accounted for over 70 per cent of all hospital beds and half of all GP appointments.

The trial developed rapidly, its potential extending beyond those 15m long-termers. Just three years ago it had been concerned only with “Telehealth” and “Telecare” – systems that use surveillance sensors to monitor people’s health and environment so that if, say, their heart rate started going awry or they slipped and fell in the bath, a nurse or care-worker would be alerted.

The idea was to make it feasible for people to stay at home instead of hospital, and to plug them into the internet with devices that monitored their physiology so the constant vigil of a dedicated team of nurses wouldn’t be necessary. Instead of ten hospitals with beds and carers, you would have one telecare centre that monitored patients in homes across ten regions, like a CCTV security hub with banks of monitor screens.

By September last year, when NHS England announced its trial had become a full-blown programme, technology had advanced so rapidly that “telehealth and telecare” had become “telehealth, telecare, telemedicine, telecoaching and self-care apps”.

“This is the future of healthcare,” Sir Bruce Keogh, NHS medical director declared in September, when the NHS turned its “3million Lives” trial into the Technology-Enabled Care Services (TECS) programme.

“Imagine .. a smart phone .. coupled with wearable biosensors and capable of sensing, analysing and displaying vital signs and alerting you and your clinicians to significant changes or deterioration wherever you are, rather than through check-ups at a hospital or GP practice,” said Keogh.

Imagine also the effect this would have on the NHS. The trial had been justified by the amount of money it would save: people with long term illnesses account for 70 per cent of all spending on health and social care as well as all beds. Its proposed solution was to automate the long-term care of people in both health and social care, implying how technology would cause the services to merge. 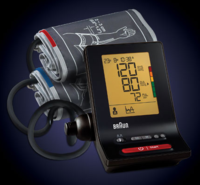 But that is just one way technological change will force restructure on the NHS in coming years. Shops such as Boots have already started stocking such monitoring devices as Keogh described. Part of the sales pitch for smart watches is their potential as health monitors.

Technology will make it easy for multinational corporations to set up in competition to the NHS. No private sector interloper would have had a chance setting up a national care service in competition with the NHS’ network of hospitals and clinics in an age when you needed enough hospital beds and carers to care for 15m people with long-term illnesses. But anyone can distribute gadgets and software. And anyone can buy them, if they can afford it. It will be so tempting for wealthy people to buy their own health-tech that the dissolution of the NHS will be certain. It might be gradual. It might not even be total. But it is already happening.

Hospitals might even break up, not because of some top down reorganisation, but because their labour-intensive services would gradually be divided among suppliers of different automating technologies. Different multinational corporations would develop different specialities. The international division of labour that characterised the decline of British manufacturing, and has been gradually repeated in the public industries since the early 70s, is being repeated now in other public services such as health.

Politicians’ pledges to protect the NHS must then surely be empty, unless they mean to slow its dissolution for another 40 years. Granted, you have to hire nurses in the meantime. But how many would you need to hire to really make a difference?

Ed Miliband’s pledge to hire 20,000 nurses sounded like a lot. It probably was incredible. The NHS had been recruiting almost as many nurses every six months in recent years of relatively low-recruitment. It’s also around the same number (from around 350,000 in total) who leave the service every year, due to retirement and other reasons.

Pledges to “save the NHS” seem empty all the while they fail to address the technological threat, and to lay out concrete plans for an alternative: something to work towards rather than merely something to hope for. 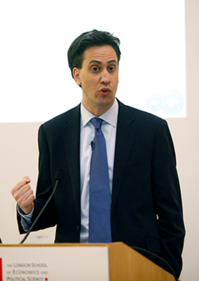 The question then is whether Miliband sees the coming technological dissolution of the NHS, but understands it will be gradual, so intends to fight his election campaigns over that thing we still call the NHS – and will remain so, until that time when people have begun to notice, over the tops of their mobile phone health monitors, that its has become but a rump and a reminder of past days. That would assume his policy is something of a charade. Perhaps though he is determined to try to find some innovative way to keep public services in public ownership – to fight doggedly down whatever path he can find without quite knowing where it leads. 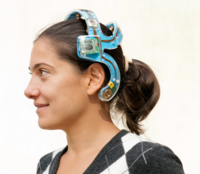 While he’s fighting that battle, his next-door neighbour one side will be splashing out on a state-of-the-art gene-hormone-state monitor with patented micro-regenerative drug administration guaranteed to combat 90 per cent of known diseases. His neighbour on the other side will have invested in a private insurance policy to get pioneering organ replacements not usually available on the national insurance, and will be in front of you and me in the queue whenever he does need an NHS hospital.

Prime minister David Cameron, who has come out in favour of the NHS after his government already did so much to hasten its dissolution, will meanwhile still be bragging the NHS was “free at the point of use”, when anyone with any extra money was paying it into their own, private health schemes.

Those of our leaders would who would protect the NHS or “save” it – which is about all of them – have not proposed legislation to stop people using private health insurance schemes, to ensure all would be treated equally regardless of their ability to pay.

Even if they did, where would they draw the line on a nose job, a boob job, a last-ditch attempt by desperate parents who would sell their own home to save an only-child’s life, or a Chinese brain-health monitoring centre that used premium-priced patented software technology to fine-tune your neurochemicals according to the circumstances you were in?

Miliband proposed to refashion the NHS by the principles of “care, compassion and co-operation”, instead of “competition, fragmentation and privatisation”. 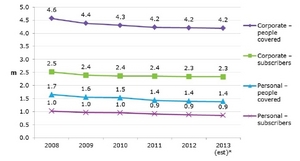 But it was not clear how he intended to achieve this. Roughly 16 per cent of British adults have private medical insurance, by a reckoning market research agency Mintel did in October 2013. (To be precise, that was 16 per cent of adult internet users). Their policies covered about 8.8m people, if you count the family members covered by their insurance plans (about 3.2m people if you count policy holders alone). Their numbers dropped by a million since the crash in 2008 – about 10 per cent. Medical inflation put people off in the downturn. But their numbers exhibit a taste for fragmentation.

The coalition government’s Health and Social Care Act meanwhile removed the structural framework that held the NHS together, creating the conditions for competition, fragmentation and privatisation: just the conditions for a free market in healthcare services where health-tech innovators would seemingly flourish.

The Labour Party plan to save the NHS pledged to revoke that Act and, presumably, reverse those reforms. Yet Miliband’s party office was unable to say by what mechanism such a reversal would save the NHS.

The coalition’s dissolution of the structural framework has seemed irreversible. It effectively transferred commissioning power from hospitals and regions to GP surgeries, who have been coagulating into purchasing consortia and potentially conglomerates. In their hands, health services would migrate more rapidly from labour-intensive hospitals to multinational telemedicine corporations.

The old structural framework was reformed into a state that seemed more amenable to its gradual atrophy, like a redundant organ snipped and left to its own devices. GP consortia were supposed to carry on using the old structure as a professional service for procuring the health services they would give to their patients. But they have been just as inclined to do it themselves or to employ professional services firms instead.

The market for health services has been thrown right open just at the point when med-tech services are starting to emerge. Given the choice of buying expensive hospital beds or a commoditized telehealth service, those private businesses otherwise known as GP practices are not likely to choose the more expensive option just because it is public and employs nurses.

The Labour Party, if it intended to reverse the Act, would have to make a stand against healthcare markets, and against the powerful forces of technology and globalisation that appear to have made the fragmentation of the big public health bodies inevitable. If it fails to articulate a substant ial alternative, is that because it is false or because it is hopeful?

And what if the Labour Party had no hope of reversing the market, of controlling the global forces that make technological innovation happen, and of determining the patterns by which technology was distributed?

Unless healthcare tech, by liberating health data from the old, closed health institutions, created the conditions for innovation within the NHS as well as without it.

Perhaps there would still be hope for public ownership – and equality at the point of use – if there were public technologies.

Not public services (a phrase for an age when public services were manned and delivered by people). But public technologies, which could compete on the open market as viable alternatives to the global health-tech corporations.

Such an alternative could be public investment in open source technologies of the sort Cameron’s government originally proposed as the basis of its 2010 plan to reform computer systems in the NHS. But Cameron didn’t seem to be serious about open source except as a way of breaking the public sector open to competition.

A genuine open source policy would have involved creating international collaboration between public health bodies, pooling their resources to create health technologies good enough to compete with the emerging telemedicine multinationals. It would be the med-tech equivalent to Microsoft and Linux.

Linux demonstrated that it was possible to create an international collaborative product of software and science dedicated solely to the public good, and over which the public held the rights.

Such open source med-tech – owned by everyone and no-one – would form the basis not of a national health service, but an international one – a permanent basis for a 21st Century public sector: a digital commons that must be grown as vigorously with as wide a variety of innovators as any global market could muster if it is to keep up and the public sphere be sustained in the digital age.