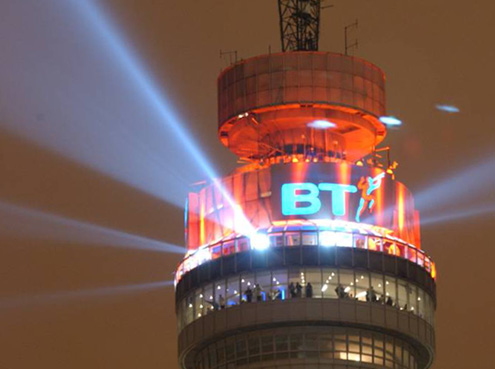 Computer Weekly quizzed BT on a plea of ignorance it sent to officials trying to decide whether the telco should be held to account for a network the US military used to conduct a controversial programme to assassinate suspected terrorists with drone strikes in the Middle East and Africa.

It had told UK officials they shouldn’t investigate its contract under international rules for corporate social responsibility because, as a telecommunications firm, it expected to be able to turn a blind eye to what its customers did with its services.

It pleaded two other sorts of ignorance as well, in a statement it has issued repeatedly in the last year to escape an obligation to investigate human rights abuses in its supply chain.

It first pleaded the ignorance of the chemical weapons widget manufacturer. Like the weather-worn businessman on an industrial estate outside Dover who happens to make the only sort of widget that can control the release of anthrax from a warhead, but usually sells them to companies that make mobile disco smoke machines, and turns a blind eye when an order comes in from the bursar of a Syrian military laboratory.

BT likewise claimed it had no responsibility for what its customers did with what it sold them, and so said UK officials should throw out a complaint by legal charity Reprieve that it had neglected its obligations under an international agreement called the OECD Guidelines for Multinational Enterprises.

“BT can categorically state that the communications system mentioned in Reprieve’s complaint is a general purpose fibre-optic system. It has not been specifically designed or adapted by BT for military purposes,” it told officials on 8 October.

The system in question was a high-grade comms line it supplied as part of the US military’s Defense Information Systems Network (DISN), the global fibre-optic backbone of US intelligence and military operations.

The telco seemed to be trying to imply the system it supplied would not be suitable for military purposes. And it could therefore never have had any reason to suspect its equipment might be used in military operations, let alone drone assassinations. And so it shouldn’t have any obligation to look into US human rights abuses under OECD rules.

Computer Weekly put this to BT in February after it had persuaded UK officials to bury the complaint. It made the same arguments then as it sent to officials last month, after a CW investigation showed BT’s DISN connection did operate drone strikes, and was the major trunk line for communications between its hub at RAF Croughton in Northamptonshire and Camp Lemonnier, a combat base in Djibouti, on the horn of Africa. 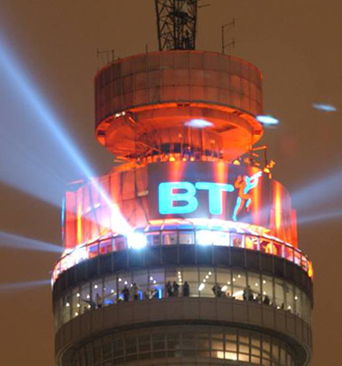 A BT spokesman replied in writing that the system was used by the military, but not necessarily for military operations.

“Camp Lemonnier is a United States Naval Expeditionary Base. So the fibre optic connection will be used by the military,” he said.

But he added: “The fibre connection could be used at the base for a wide range of day-to-day activities, such as general housekeeping/internet browsing, email, communications, stores ordering, data functions and voice communications.”

It was misleading to say the connection could be used for managing the naffy internet. That was handled by a local firm under another contract. The BT line also happened to be part of a military network so powerful that to use it for domestics would be like using a flame thrower to toast your bread. BT wanted to create the impression domestics were as likely as drones. But they were most unlikely.

BT’s rebuttal had also left the original question unanswered. So CW put it again: would such a BT connection have to be specially adapted for military purposes? Would it be suitable only for laundry dockets if it wasn’t specially adapted? What sort of line would you need for drone operations anyway?

BT pleaded ignorance again: “BT has no knowledge of the reported US drone strikes and has no involvement in any such activity,” it said.

But it couldn’t say its connection services hadn’t been used in drone operations. This was because it formed the very foundation of US drone operations. But if it could claim it didn’t know this, it might be able to persuade officials that it shouldn’t be held to account for it under the OECD rules on corporate social responsibility (CSR).

When UK officials reported on the affair in February, it emerged that BT had done a cursory assessment of the risk of human rights abuses in its DISN contract.

But it hadn’t addressed the drone question specifically. So it hadn’t officially addressed the specific human rights controversy that had been raging over the US drone assassinations.

That didn’t mean it didn’t know. And it might have been true that BT did not operate the drones itself. And it might not have been contracted to supply in direct support of drone programmes (so it had “no direct involvement”). But its network infrastruct ure was still the vital component of drone operations. This was a matter of public record for people in defence comms circles.

“To be exact: ‘BT has no knowledge, other than from general press reporting, of US drone strikes and has no involvement in any such activity.'”

Yet OECD rules said companies should assess the human rights risks specifically when they didn’t know. That was the whole point of corporate social responsibility. CW put these this to BT: surely it had breached the rules by trying to ignore its DISN contract’s association with the controversial drone programme?

Its spokesman wrote: “I’ve double checked and there’s nothing more to add.”

There was one more thing it said, and has said repeatedly since February, and again since Reprieve resubmitted its complaint with evidence that its line was part of the drone network.

“BT is glad that UK NCP has assessed Reprieve’s complaint and rejected it,” it said.

It could not refute the allegation because it was true. But it would persist in trying to discredit any attempt to make the allegation stick under OECD rules. It thus hoped to go on ignoring its connection to the US drone programme.

The NCP rejected the first complaint because without BT’s due diligence there wasn’t any evidence. Now CW had shown the evidence had been there all along if you knew where to look, BT was trying to imply officials had already decreed that the allegation was not true.

BT wrapped all these statements of ignorance up into a single statement it has issued repeatedly – to CW, to other publications, and to the UK representative itself last month: a rebuttal made of pettifoggery; legal obfuscation in place of corporate social responsibility.