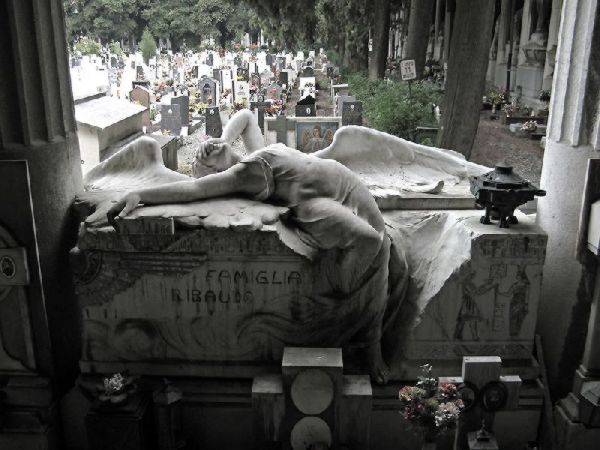 Woah there, cowboy. The UK hasn’t broken its open standards pledge quite yet.

The Cabinet Office may have rescinded its open standards policy. It might even be about to put it to public consultation after it had already received a democratic mandate as manifesto commitments of both parties in the coalition government. And it may be that this reversal was done despite the government having already turned that mandate into a civil service edict and a central tenet of government ICT Strategy as well.

But it’s not killed the policy dead. Not yet.

The European Commission set the example of public administrations that declare a preference for open standards one minute, only to implement a propreitary standards policy the next. If this is the act to follow, it may only be a matter of time before the UK caves in to pressure from those “vested interests” the Cabinet Office has said are railed against its policy.

This is what the EU did first with its misnomerically-named European Interoperability Framework. And this is what it did again recently when choosing a document format: after a nearly decade pursuing competion cases against Microsoft, it has chosen to use Microsoft’s contested OOXML document format in Microsoft word-processors across the institutions of its administration.

Prior to the Cabinet Office withdrawing its open standards edict it had received delegations from Apple, Oracle, the Business Software Alliance and IBM, as well as Microsoft.

An informal public consultation meanwhile came out resoundingly in favour of open standards – giving the Cabinet Office a second mandate for its policy.

But Public support was still not enough to protect government policy from opponents in the corporate software establishment whose dominant proprietary standards help sustain artificial monopolies in their area of technology.

This is worth repeating: public support from British citizens who had given the coalition government a democratic mandate to implement an open standards policy was not enough to withstand lobbying pressure from a handful of US corporations who have the most to lose by it.

We were reminded this week of the stifling consequences of technology monopolies when the Department for Education pledged to reform Britain’s torpid computing curriculum in schools. Children were “bored out of their minds being taught how to use Word and Excel by bored teachers” said Michael Gove, Secretary of State for Education.

Instead of learning how to operate the products of American capitalism they will now be taught logic and set theory – these slaves of the machine will be taught to think for themselves.

If Gove does his job they will go on after school to produce software systems to compete with those previously deemed all-you-need-to-know about computers. British industry would benefit. US industry would benefit too, if from nothing more than being freed from the illusion that it is great when it is merely powerful.

Microsoft software has been a lobotomy inflicted on British school children. Yet Microsoft told the Cabinet Office its open standards policy would put the UK IT industry at a disadvantage. It would damage British commercial interests, said Microsoft in a Cabinet Office brief leaked to Computer Weekly.

Microsoft and other corporations known to have sent delegations to discuss standards with the Cabinet Office have not responded to our interview requests*. The apparent contradictions in their position go untested. We know open standards would damage Microsoft’s commercial interests. It has been unable to tell us how its position accords with UK commercial interests.

Both coalition parties pledged open standards for reasons that should put Microsoft back in its shink-wrapped box. When the public square in a technology market – its standards of interoperability – are controlled by vested interests, innovation is stifled.

So the coalition parties fulfilled their election promises by making open standards public policy. That policy is now under threat.

When the government launches its formal consultation on open standards this month it will seek support for its policy again – a third mandate, if you like.

The exercise will be the last nail in the coffin for open standards if the government only hears from opponents. Then we will have to wait for today’s generation of primary school children to grow up before this important debate is conducted in public by citizens whose intellects have not been placated by corporate Usonia.

Though IBM has not yet deigned to speak to us about its position, it may yet be supportive of government policy. It favours the Open Document Format in its Symphony office desktop software, for example. But it like other corporations is shy of speaking about its lobbying and your correspondent has little expectation that it will do so now on this matter of import to UK citizens, over which it has been in the privilaged position to be able to bend the Cabinet Office’s ear informally before the mere plebs who will feel its greatest impact were even told the open standards policy was being withdrawn.

You might however for similar reasons say as much of Oracle, custodian of Open Office since it acquired Sun. Oracle is also backer of the Open Forum Europe, the open source campaign group that has a close working relationship with Cabinet Office and plays a prominent role in lobbying on standards policy across Europe.

Yet Oracle’s delegation was shown in the leaked brief to have supported Microsoft in opposition to government’s open standards policy.

Just before Christmas we broke in a fairly uncredited scoop that the policy had been scrapped. This was plain for anyone to see in an edict Cabinet Office issued in November.

(Though your humble correspondent can take some special credit for breaking this news, having learned how to read passably well in the 30 years 20 years or so since he first used Microsoft Word, and considers himself therefore to have been at a not unenviable advantage when it came to interpreting this plain-written document and relaying it in said scoop).

There wasn’t any proof at the time that Microsoft was behind this, er, shameful fudge. There is now: the evil software cowpowayshen was at least lurking in the shadows. The question, however, is whether it can be credited with steering the government into a U-Turn. Or whether it was just barking with the dogs as the caravan rolled on.