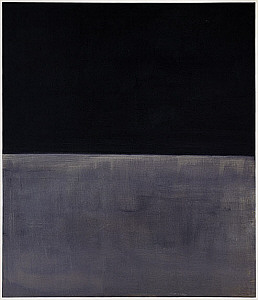 Tens of thousands of job cuts allowed the UK coalition government to firm up £14bn of otherwise flaky claims for austerity savings it said proved its frugal, “hard-headed” government was succeeding.

But while it used the numbers to call the last government soft and wasteful, the cost-cutting Cabinet Office Efficiency and Reform Group could not substantiate most of its claims because of poor accounting.

Much of what it could substantiate derived from practices established long before it came to power. And its numbers were inflated with claims for ongoing savings years after the original cuts were made. Aside from civil service job cuts and usual procedures, reliable claims for efficiency savings amounted almost to nothing.

Cabinet Office said in June it had cut £2.4bn last year by making 70,000 civil servants redundant. That and other staff-related cuts counted, at £7bn, for the largest share of £14bn total cuts. But £2.3bn of that came from cuts in pension contributions to those civil servants who remained. That was not really an efficiency saving at all, said the National Audit Office in July. The rest came from cuts in temporary staff and premises that were no longer needed.

Most of the coalition’s claimed efficiency savings were simply dubious. The NAO said in July that £5.2bn of them had only weak accounting evidence to back them up.

Of the other £3.7bn savings, £1.5bn was claimed for centralised procurement the last government had been doing since 2000 and had already been earmarked for tightening after the Treasury’s 2009 Efficiency Review. Computer Weekly since raised significant questions about dubious claims for savings made under such arrangements, even under the current government.

So discounting £4.7bn of staff and related cuts, £9bn of flaky and irrelevant numbers, and £1.5bn for old hat, that left just £613m to celebrate. That included the Common Infrastructure Programme, a continuation of the last government’s work to consolidate the public sector computing infrastructure, a £378m cut in advertising and marketing from cuts made as long ago as 2010, and £119m cut by forcing public bodies to close their websites and merge them into a single Gov.uk domain.

“It’s a conservative figure,” said Cabinet Office minister Francis Maude of the £14bn savings claim when he announced it in June.

Conservative – or coalition – cuts policy relied on the idea that the last, Labour government ran costly, wasteful IT projects. And it would save money by cleaning up the last government’s mess. The big story was all about the big stick it was going to wave at big suppliers.

But repeated claims it made for savings it squeezed out of big suppliers were dubious, according to work by the NAO and Computer Weekly last year. NAO said last month the latest numbers were still flaky.

The flakiest numbers were those attributed to the two arms of the Cabinet Office most central to the coalition’s big IT savings strategy: the Major Projects Authority and Government Digital Service. The Cabinet Office had ignored NAO advice to clean up its accounting and even had to withdraw savings claims it submitted to the auditor after it transpired they were hokey.

Even at face value it was hard to accept MPA claims that it had saved £2.5bn by cancelling and curtailing major projects last year.

ERG published some account of these cuts in a “Technical Note” in June. NAO commended the effort. But its evidence was so scant as to be almost worthless for its assumed purpose under the coalition’s “Transparency and Accountability” programme.

It attributed only £220m of its project savings to cancelled projects. That included forecast spending for projects cancelled in 2010.

The coalition made a hoo-ha about imposing a “moratorium” on large projects when it came to power in 2010. But what projects, cancelled when, by who, for what reason had given these numbers? Without the much trumpeted transparency, it is impossible to say.

These unspecified savings might have seemed valid if they had come from projects re-scoped in 2012 or 2013. But Maude’s moratorium occurred in 2010. Projects approved recently would not need re-scoping because the MPA would already be advising what was in and out of scope.

The MPA’s biggest project saving looked hokey as well. It claimed £1bn for cuts made in “ongoing expenditure” by the Department of Health (DH) Modernisation Programme. But the Modernisation Programme was begun in 2001. The coalition was presumably taking credit now for a savings scheme made by the last government. 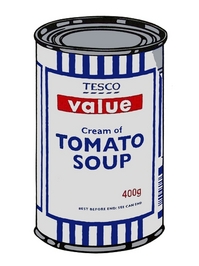 For more substantial evidence of cuts you have to look to coalition’s “Big Society” attempt close public sector operations and encourage private groups – and such as charities – to do the work instead.

That story was played out in ERG’s report, with public jobs cut where the Government Digital Service could automate them, and public websites cut and merged into the single Gov.uk domain. Public sector advertising and marketing were being cut at the same time. The details were again desperately scant.

Ultimately, forbidding public bodies their own websites, and cutting advertising and marketing, ties public bodies’ hands behind their backs and creates market opportunities for private interlopers. 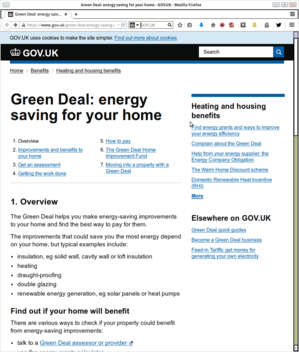 By closing their websites, the Cabinet Office has cast their punters into the soulless expanse of Gov.uk, an award-winning website with the presentational panache of a Tesco Value tin of gruel.

Grey marketing effectively stops public bodies from competing on the same terms with the private companies coming to eat their babies. It makes government look like the Conservative Party has said it is: colourless, bland, ineffectual, dull, stupid, unloved.

Or as prime minister David Cameron put it in 2010: “top-down, top-heavy, controlling… sapping responsibility, innovation and civic action. It has turned many motivated public sector workers into disillusioned, weary puppets of government targets.

“It has turned able, capable individuals into passive recipients of state help with little hope for a better future. It has turned lively communities into dull, soulless clones of one another,” he said.

Perhaps they’re right. But where do the dullards, the downtrodden, down-at-heart, the sceptics, the neglected, the elbowed, the broken, the quixotic, the meek and the timid go when all the public sanctuaries have been over-run with brash jostling entrepreneurs and dynamic do-gooders who get things done?

They will end up as poverty-wage scrubbers of course. Underpaid, under-housed, underfed, under-educated, under-nourished, early-death workhouse-pension no-hope lifers such as the people who wipe your toilet seats, and freelance journalists.

Maude’s rhetoric is as hearty as an old milk maid rousing morning-after dormas for their spring dawn chores. But what use being enthusiastic about a binary future when you’re a zero and not a one.