Articles in Computer Weekly in June looked at the loss of the Air France Airbus A330-200 in comparison with two much earlier accidents.

French authorities have said there were indications that the pitot tubes on the Airbus might have been blocked, causing the onboard systems to give the pilots conflicting information about their air speed.

After two Boeing 757s went into the sea in 1996, with the loss of 259 lives, investigators discovered that the onboard systems had given the pilots conflicting information about their air speed because of blocked pitot-static systems.

In both 757 accidents, the pilots were bewildered by the conflicting instrument readings, and an unprecedented set of warnings from the onboard systems that they were flying too fast and too slow. For various reasons the pilots lost track of where they were and went into the sea.

In the one of accidents, a pitot tube on an Aeroperú Flight 603 was blocked by mud dauber wasps, say investigators. 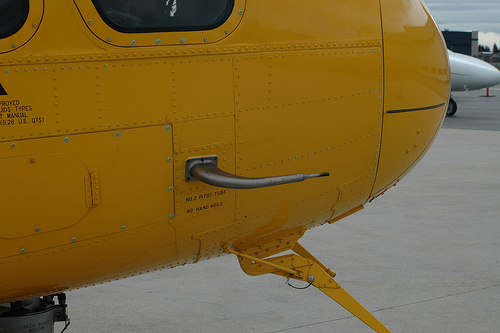 After the other accident, that of Birgenair Flight 301, an external static port, which is part of the pitot-static system, was found covered with tape. A maintenance man had taped over the port before washing the aircraft, and the tape wasn’t removed before the next flight. The pilot did a visual check but didn’t spot the tape because it was night time. 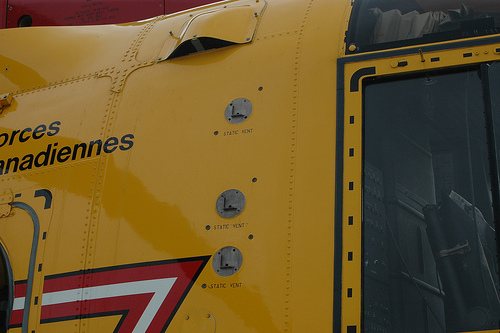 A reader has kindly pointed out that the pitot tubes on the Aeroperu incident were in good working order. What wasn’t working was the pitot-static port, which was covered with tape. A static port isn’t the same as a pitot tube (see diagram below of pitot-static system). 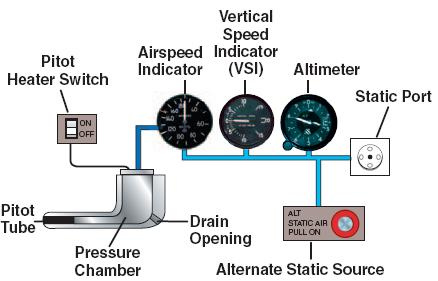 That said, the effect of covered, or blocked, pitot system sensors – be they pitot tubes or pitot static ports – is that the pilot may receive conflicting information on air speed and possibly height as well, if a static port is blocked.

Blockages in the pitot static system can cause air speed readings to be unreliable and the altimeter (height) to freeze at a constant value.

The reader says in his email: “While they may be primitive, Pitot probes and the equipment that is on the aircraft is still the best way for a pilot to understand the environment that they are operating in.”

He adds: ” … you stated that there is a theory that the display screens may have gone blank on AF447. If this is so, every aircraft that has a glass cockpit is also equipped with three old-style pneumatic gauges to show you airspeed, altitude and pitch.

“The pitot and static sources are plumbed to both a electrical reading for the Air Data Computer and the pneumatic tubing to the analogue controls.

“These aircraft are also equipped with a ram air turbine [RAT] that will pop out of the nose of the aircraft and power the cockpit in the event of loss of power.

“The focus of this investigation should be why was this aircraft operating in an environment that a caused a triple-redundant system to provide false readings?” 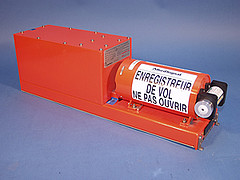 [Example of a cockpit voice recorder – AF 447’s cvr has not yet been detected. Picture airsafe] 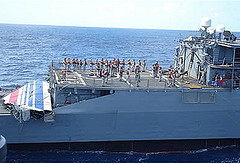 You’re flying too fast and too slow – What do do? – IT Projects blog