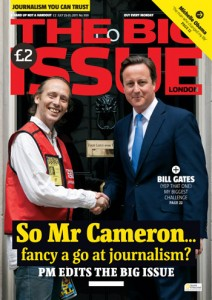 A message of thanks from Bill Gates*.

People often ask me what its like being the richest man in the world.

Let me tell you, I always say, It’s tough.

You have to spend a lot of time feeding starving children to stop people asking questions about how much money you have. And then you have to put up with dupes like Gordon Brown and David Cameron, our Microsoft sales representatives in Little Old England.

To be fair to Gordon, he turned into one of our best sales people. But Cameron got off to a really bad start. That imbecile made open source software an election promise. And now he can’t think of a way to make up for it.

Gordon already gave me a Knighthood and a protectorate for my software monopoly. That’s what Cameron said to me. He said, “But Bill, what do you give a man who’s already got everything you can give?”

I said he could patch up my PR. So he gave me this spread in The Big Issue, a magazine for bums.

It was genius. You see its not just about PR nowadays. It’s about information supremacy. That means you’ve gotta keep the bums happy.

Now that reminds me of something that happened recently when my motorcade got stuck in a road block. I hate it when that happens. You always get some schmo hassling you. This time it was some stinking squeegee. My security guards were a bit slow getting to him and he got his squeegee in my window before I had a chance to wind it up.

I was terrified. But he said something to me that got me to thinking.

He said, “Bill, we aint all that different you and me. I was born just like you. I worked sweat, blood and tears all my life. Hell, I made some mistakes. But I did some good things. And I gave it all I had, Bill, just like you. And now I’m gonna die, just like you’ll die too one day.

He said, “I aint even got me enough money to get a cab ride. Now why is that Bill? You should give me a ride in your car, Bill. It’s just as much my car as yours. I own a little bit of that car, Bill. You didn’t know that, did you, Bill?”

I was shaken, as you can imagine. But it got me to thinking. I thought, for crying out loud – this moron doesn’t even know that Windows is a proper noun.

You see, I do remember this bum cleaning my Windows. I remember taking in the view from my counting room across Lake Washington, as I often do. And I remember being interrupted by this stinking squeegee who was cleaning my Windows. And I remember thinking maybe I could make some automatic cleaning device so you didn’t have to pay some stinking squeegee who spoiled your view and probably thought it gave him some sort of rights or something just because he cleaned your freaking Windows.

But even if you get rid of the bums, you’ve still got to patronize them. And nobody does that better than David Cameron.

“We’ll give you hand up, not a hand out”, Cameron told the bum’s at The Big Issue. And that’s genius because it makes them feel guilty for being losers and takes the heat off us for hogging all the money. Because we can’t help being so clever that we get to keep all the money. And its not fair when stinking squeegee loser bums think they’ve got some right over it.

But as my good wife Melinda always says, just because some moron refuses to accept they’re inferior, you shouldn’t let them get you down. You’ve got to keep them in their place – but be nice about it. And she’s right. Because they don’t know how lucky they are that I’m not, like, one of those Nazi master race types.

I’m like one of those benevolent master race types. I won’t exterminate someone if they’re irritating me. I’ll give them a few dollars to get off my back. 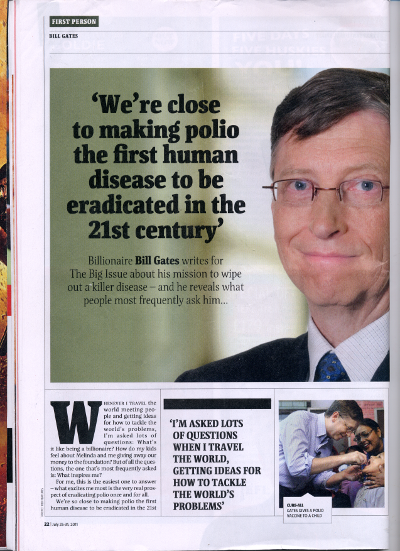 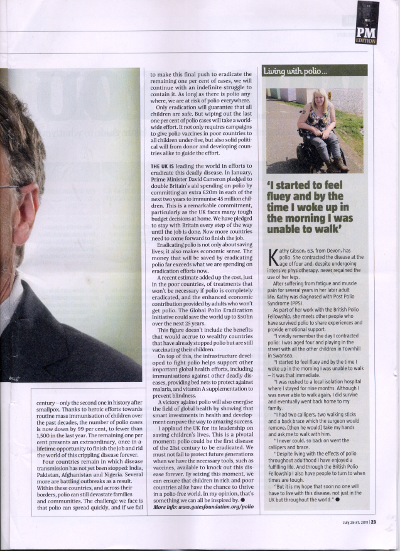 * As imagined by Mark Ballard