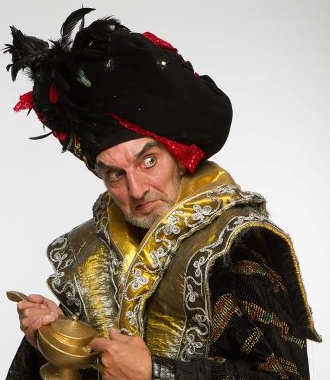 Thus have anti-outsourcers in Barnet and Cornwall begun the new year: with too little momentum to make something substantial of the astounding victories they won over privatizing council executives in 2012.

Their council authorities are pressing on with their respective back-office privatizations with the determination of Panzer tanks.

Barnet is preparing to sign its outsource contract with Capita at the end of January, having reached another milestone in the procurement yesterday.

Cornwall expects simultaneously to be putting its final, revised outsource plan to a council vote. The game could be over, in effect, by February – the last hopes for non-profit government and social administration trampled under the caterpillar wheels of capitalism.

Two events betray this all for the tragedy it is.

The first is the exit of Kevin Lavery, who as Cornwall CEO put the County on the road to privatization. The announcement of his departure on 24 December left a smell of magnesium in the air, as after the stage flash that obscures the defeated villain as he exits stage left in the Christmas panto.

That was how it looked after events in Cornwall that culminated on 11 December with a rebellion in the elected chamber that tore up Lavery’s plans to privatize 70 per cent of Cornwall council services in a deal with BT. The same rebellion had already deposed the council leader. Now perhaps it has had Lavery’s scalp too. It was cause to celebrate the revival of democratic power in the regions.

Oh no he isn’t

But Lavery was not really defeated. The council threw out his plan and opted instead for a fudge that will end up being worse for Cornwall.

What councillors went for instead Lavery had dubbed ‘BT Lite’. It meant, in the most shallow terms of comprehension available to your typical pantomime hero, outsourcing some council services but not as many as originally planned. It is really ‘BT lean’.

The new deal involves Cornwall investing its most valuable and potent resources in BT Lean. You wouldn’t think it if you were a local government traditionalist waving a protest placard about job cuts at the council gates as Lavery swept through in his executive saloon car, but the council’s most valuable resources are in its IT department and systems.

Or they at least form the crucible of its potential and its power. And that is the core of what Cornwall is selling to BT: ICT and document systems, and Cornwall’s rights to operate telehealth services. Only the brains, that is, of the public authority. 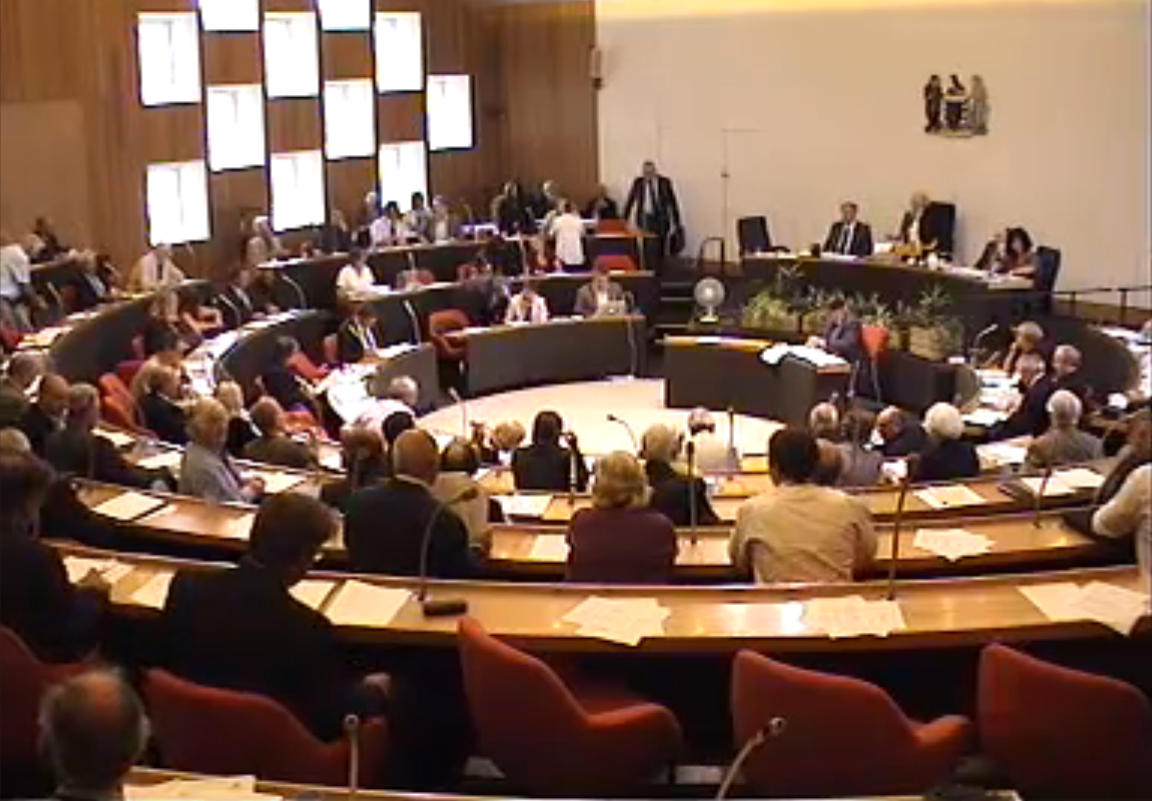 The fudge Cornwall councillors claimed as a victory for democracy on 11 December was a plan to retain “in-house” all the flabby council functions that have been allotted by fate for digital servitude and cuts cuts and more cuts.

Cornwall kept the people-intensive call-centre, libraries, benefits and council tax processing, and local drop in centres called One-Stop Shops that Lavery had originally planned to throw in the BT deal.

Only the bits, that is, that are being digitized and closed down.

BT would get all the valuable digital stuff it really wants only on condition that it took the flabby people bits as well, and managed their redundancies as it automated their functions.

Now BT gets the fruits and leaves the council with the labour and the pain of either dismantling it or carrying its cost. Or perhaps it might manage the digitization of these old-world departments itself? After it sold its IT department and document systems under BT Lite?

Lavery has done the sensible thing and arranged to leave the country.

The privatizing CEO has done all he set out to do in Cornwall. Now imagine the Cornwall he leaves behind: a council that will in future conduct most of its business digitally, to people using websites and smart phones, using functions shaped and administered by a private company.

Enquiries, payments, reports, complaints, and so on as you name it will be presented in a standard user interface that behaves in a bog-standard manner defined by whatever gruel-like, proprietary computer system BT delivers up under its contract to Cornwall and numerous other local authorities. 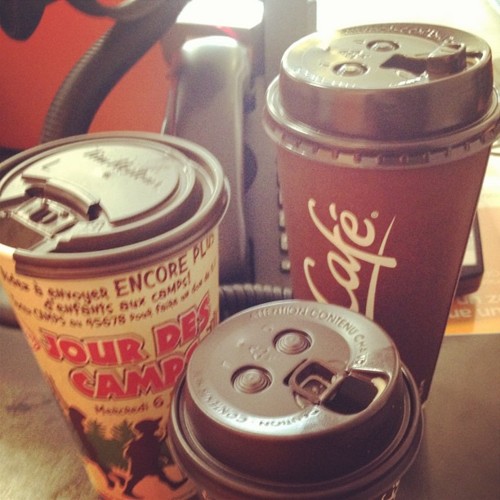 It’s all the same anyway, human life. The same council enquiries, payments, reports, complaints, and so on as you name it. The same births and deaths – that’s the idea.

Imagine a future where human failure and malfunction were administered by computer as well. That is how it will now be administered specifically in Cornwall, under the arrangement the council rubber-stamped on 11 December, by BT Telehealth. Maybe not today. Maybe not tomorrow. But one day soon.

BT Telehealth: which will have a base in Cornwall after acquiring under ‘BT Lite’ the digital health contracts and interests of the council and the county’s three health trusts. That’s the second of three major bits of the ‘BT Lite’ deal Cornwall councillors scored on 11 December.

Now imagine also a future NHS, prepared for privatization by the coalition government, then engulfed by the tide of private suppliers getting in on the telehealth game.

Health will in coming years be administered increasingly by systems that automate diagnosis, monitoring, drug administration, emergency procedures, and so on. It will be done by systems designed and operated by whichever private companies are first to move this year, the pilot year of the Department for Health’s telehealth programme. This year, during what will be known by history as the period of wholesale privatization of Britain’s public sector as a by-product of automation.

The revised BT Cornwall deal ensures the council and regional health bodies not only give up their means and rights to do telehealth, but that they tie their fates with BT’s in a joint venture. 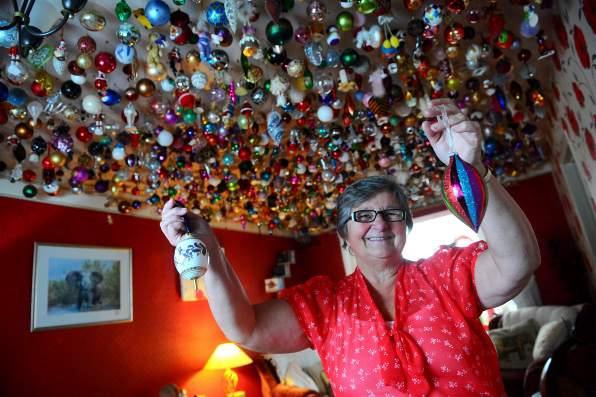 BT gets a telehealth monopoly in Cornwall by eliminating any possibility that the public health service might develop its own telehealth faculties, and the possibility that it might procure them from one of BT’s competitors. The pilot market alone is worth up to £23bn nationally.

The tragedy is how Lavery gets to clear off and do this in his new job in New Zealand without ever having made the case for why automation should involve privatization here at all.

His pitch to councillors and public in Cornwall was simply that the BT deal would cut costs and create jobs, as though they were children at the fun fair who couldn’t see beyond the bright lights to the grime and throttling mechanics that turns the Wurlitzer. Just give us your three quid and get on the ride.

The greater tragedy was illustrated by two legal challenges in Barnet, where the council arranged before Christmas initial approval to sell its services to Capita. It’s roughly the same deal as in Cornwall: private company takes on people-intensive council services, digitizes them, sacks lots of people, makes lots of money.

Two Barnet residents applied to the High Court for judicial reviews of the Capita deal on basis that include the claim that the council had neglected its statutory duty to get the best value for money.

They claimed that since the council had, like Cornwall, not even bothered to consider whether and how well it might manage the digital transition itself, then it would have no idea how good a deal it was getting for selling the means and the responsibility to Capita.

Besides the usual kiddy baubles Barnet has used to sell the idea to councillors and residents, the deal looks like nothing more than a way to pass the buck for sacking people no longer needed when computers automate their jobs.

The tragedy is that no-one has articulated an alternative path. Yet the alternative is here for the taking, and promises to be much healthier for local people, polity and economy.

Empower organisations, that is: from the bottom up, instead of asset stripping their nous and concentrating it in an offshore centre or somesuch racket under an outsourcing deal.

The means of this alternative has been articulated, and demonstrated, by the open source computing movement that the coalition government courted while it sought power and since abandoned for wholesale privatization.

It is in the ‘lean’ process philosophy espoused now, too late, by the unions: the authorised organisational theory by which empowerment is meant to happen.

It is to be found here and there in this world in which power is being distributed over networks. The internet is both the means and the metaphor for the effect it is having on organisations. The internet’s technical philosophy is that the network is dumb and all the intelligence resides at the nodes on the end of each line attached to it. It’s greater strength comes from the sum of its innumerable lesser parts.

The organisational metaphor is of a well educated, skilled, empowered workforce, collaborating with functional peers across the entire public sector, all mucking in to ensure the whole adapts intelligently to changing circumstances: the sort of union body that might have come about had the workers’ movement been embraced and not crushed by government and management in the 1980s.

The tragedy is that the public sector had the means to do this. If you take everyone in HR, for example – in health, education, police, local government and so on – empower them with embedded techies, perhaps trained up from IT teams already operating within, and get them to collaborate on the production of open source systems over which all participants have a say in the design and a part in the build, then it stands to reason, does it not, that the result will be an organisation that digitizes itself, and makes itself more resilient and integral in the process.

It is easy to imagine the result of such a venture in the terms of the lean, network, and open source tools we have today, and in terms of the complexity science that explains them as potent organic phenomena like the human brain: dense, networked nodes that make something far greater than the sum of their parts.

Barnet and Cornwall have already spent, according to an accumulation of official and unoffical sources, more than £17m on their plans to outsource their selves. What might they have achieved if they had spent this on skilling themselves up, and muscling up the network paths that form the skeleton of organisational and cross-organisation bodies?

On the other hand, what would you get if you just flog it all off and rent it back as a cheap-as-chips easyGov service: a flat-pack chipboard & corrugated-iron public sector, bodged together by some outsourcer that’s run by accountants for the sake of a bourgeois pension fund and handful of latter-day aristocrats’ opulent offshore bank accounts?

We will find out unless the sensible people of Barnet manage to convince a high court judge that what seems bleedin obvious might deserve a closer look before the whole of Britain’s public life is run by private security guards and peevish penny pinchers who carry tablet computers instead of clipboards and have a penchant for penalising people who don’t conform with the way the offshore computer deems they should be.

That is what Barnet and Cornwall deemed the way to go: the easy way laid out for them by the outsource sales bods at BT and Capita. And if the judges concede with the appeals, what then?