Open source web application frameworks specialist Sencha has been examining the new Motorola Xoom “Android Smart Tablet” from a developer’s point of view. The company says that although the tablet has only been available for a short time, developers and publishers want to know how it measures up to other tablets as a way to deliver rich content via web apps.

Or in other words — is it an iPad killer?

Sencha has taken the plunge and put the Xoom through its battery of HTML5 tests with specific thought for contemporary HTML5 web developer.

The below notes are taken from the Sencha analysis blog which you can read in full here.

“The Xoom scores an impressive 100/100 on the Acid3 tests. This is the first Android tablet that has given a 100 score, which means a couple of things have gotten better, most notably the addition of SVG (Scalable Vector Graphics) support. But, the Xoom has two noticeable rendering bugs — first, the letters “Acid3″ are the wrong colour and are missing the drop shadow. Second, in the top right there’s a small red box, which is an obvious rendering bug. The Xoom has a perfect numeric score, but it still fails Acid3.” 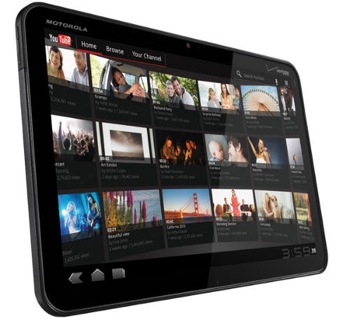 “To make things worse, the CSS3 animations are almost completely broken. We often found even for the most basic animations the browser skipped frames, incorrectly rendered elements, or didn’t run the animation to completion.”

“It’s been nearly a year since Apple shipped the iPad and we’re still incredibly surprised that Google and Motorola have yet to build a mobile browser that has a correct and high-performance CSS3 implementation. The silicon power is definitely present to support it.”

So what’s the long-term upshot of all this? Well the sensible money is on watching the Xoom, watching the market and waiting for the version 2.0 patch(es) as they must inevitably come.