What should we expect from Microsoft Build or //build/ 2017 then?

One thing you may notice is that rather than posting this on the Computer Weekly Developer Network (CWDN) column, we have subtly shifted the position of this story to run on Computer Weekly Open Source Insider and its accompanying TechTarget sites.

For it must surely be said, Microsoft is inevitably going to focus on its continued moves in open source at this year’s developer-focused convention and exhibition.

Yes you can continue to chide Microsoft’s commercial impetus for having ‘got the open religion’, but the firm’s moves in this space have been arguably without too many faltering steps.

Okay not every product has been as thoroughbred a release as some purists would have liked, but Microsoft is still turning the ship around to a degree.

Looking at 2017, we can be sure to hear more about Xamarin, more about Microsoft Cognitive Servives and more about bots, bots and bots. Last year there wasn’t a keynote or a breakout with lots and lots of bots.

Microsoft’s Scott Guthrie has noted this month that the current preview SDK for the Windows Creators Update is now being feature complete. The firm has also announced Azure Managed Disks and VM scale sets, which are supposed to bring ease of use and scale benefits of PaaS to IaaS developers.

We can also hope to hear more on Windows Bug Tracker, more on the MSFT approach to DevOps mechanics and how its software ‘actually does stuff’ in real DevOps terms and perhaps more on Project Neon Windows 10 UI refresh.

According to Guthrie, “For over 25 years Microsoft has been focused on bringing the developer community together with tech leaders like Bill Gates and Satya Nadella — at PDC and Build, from LA to San Francisco and now back to the clouds in Seattle. With more than 5,000 developers joining us in person and millions following via live stream, Build and Seattle will be the hub for what’s next.”

Let’s not forget, March 7 2017 sees Visual Studio 2017 arrive… so there should be plenty of content focused here.

Oh and there will be Internet of Things (IoT), obviously… and Microsoft may even explain what the term Microsoft Cloud could come to mean in term of Windows and its wider approach to its core operating system… although that last point is very much just conjecture at this stage. 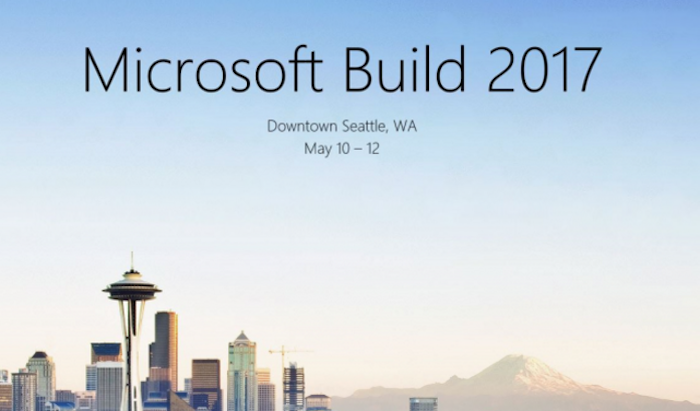