What the hell is happening with big data then?

It’s the end of 2013 and big data (as a piece of terminology) has been around for somewhere around a decade and a half.

The etymology and origins of the term big data are sketchy — and that in itself may speak volumes i.e. the industry is so fond of using the term to spin new analytics, storage and management technologies that nobody quite knows who used the phrase first.

NOTE: Generally accepted to have first used the term is John R. Mashey who was chief scientist at SGI (Silicon Graphics) in his 1998 presentation Big Data … and the Next Wave of InfraStress. 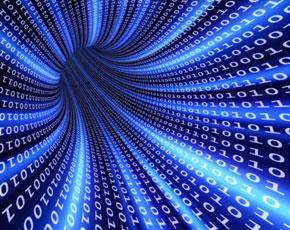 For a start, we still appear to find that “doing” big data is hard.

As reported on Computer Weekly Open Source Insider, the problem with Hadoop, it is said, is that tangible deployment of this open source framework for big data is tough, complex and not exactly out-of-the-box simple.

Those comments come from October — this December we hear from analyst Simon Robinson at 451 Research who writes that when we consider the REALITY of big data today, “On the one hand the big data bandwagon continues to clatter ahead at full speed. But, adoption still remains low and mostly experimental.”

VP of Technology at cloud hosting provider Rackspace Nigel Beighton says that in 2014 we will see the conversation move from trying to define big data, to talking about how businesses can actually integrate it into their processes and start to see real commercial value from it.

“Gartner plotted big data at the top of its ‘Peak of Inflated Expectations’ on its emerging technologies hype cycle for 2013, which suggests a tough year ahead, but I have a slightly more optimistic outlook,” writes Beighton.

“Driven by the availability of high performance cloud computing platforms, major tech vendors will take the time and complexity out of big data implementations by consolidating disparate big data technologies. This is, in particular, driven by a consolidation of NOSQL technologies. But, this will in turn put pressure on businesses and developers in terms of needing to develop new skillsets,” added the ebullient Rackspace cloud evangelist.

Beighton asserts that the end result for big data next year will be that 2014 will usher in new ecosystems of big data applications that will deliver clear business value and ROI.

So 2014 may not be the year big data delivers, but it could and should be the year it matures like a fine wine or cheese — let’s let not allow it to go off and get stinky.