Wercker is a container-centric developer automation platform for cloud-native applications and microservices. The central technology proposition here is ‘technology that goes beyond mere build & deploy’ to create automated workflows between your software pipelines. 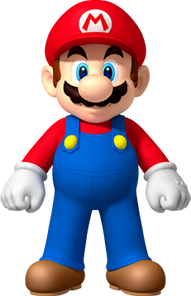 The firm (pronounced: ‘worker’) has announced the general availability of its Wercker Workflows to manage custom Docker container pipelines for distributed applications and microservices.

What does software automation really mean?

The technology here exists to enable Wercker users to manage the build, push and release phases of modern development workflows.

“Both Kubernetes and Wercker strive to make containers simple and powerful,” said David Aronchick, senior product manager of Kubernetes. “While we focus on the infrastructure around container orchestration and management, we’re excited to see how Wercker can supercharge development with automation pipelines to build containers and release to Kubernetes.”

With Wercker Workflows users define a hook to trigger a pipeline to be executed in a Docker container. The hook can be defined as a Git source or, for the first time, another pipeline.

One Git source can trigger one or multiple pipelines. Pipelines, in turn, can trigger other pipelines, allowing users to chain pipelines sequentially or in parallel.

Wercker Workflows allow users to manage the development of distributed applications and microservices with the features including the option to split up build and deploys into manageable phases – it does this by running pipelines in parallel or sequentially.

Additionally, users can manage multi-environment complexity, chaining pipelines to automate any unique mix of build or push commands to allow for consistent releases to container registries, staging and production environments.