Canonical is the company behind Ubuntu, the Debian-based Linux distribution that many of us know as ‘probably’ (arguably, not necessarily if you’re a purist) the best Linux operating system for a personal PC.

At a higher level, Canonical would also like to be known as the company that provides Ubuntu as an operating system for container, cloud, scale-out and hyperscale computing.

Is this a big claim? Well perhaps, but the statement here is that 65% of large-scale OpenStack deployments are on Ubuntu, using both KVM and the pure-container LXD hypervisor.

So what’s new with Canonical?

The firm has this month announced multiple signatories to its Juju Charm Partner Programme (CPP), adding storage and networking solutions to the catalogue of public Juju charms.

NOTE: Juju is an open source application and service-modeling tool to help configure, deploy, integrate and manage applications in cloud environments with hundreds of pre-configured services — Juju Charms are sets of scripts that simplify the deployment and management tasks of specific services.

They can be written in any language and are regularly reviewed and updated, new additions in the Juju Charm Partner Programme (CPP) include Nuage Networks from Nokia, CloudBase, Midokura and Quobyte.

Canonical asserts that we are seeing the emergence of so-called ‘big software’ i.e. complex topologies of software components that must be managed at scale in dynamic environments and that this reality has raised the importance of operations in a hybrid cloud world. 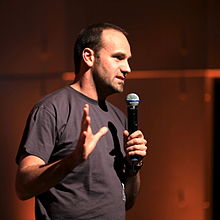 Integration and operations now consume a significant share of IT budgets.

“Big software [as a notion] is a phase-change in operations caused by rising scale and complexity,” said Mark Shuttleworth, founder, Canonical. “Model-driven operations with Juju use shared, open source operations code for common components, so companies can focus precious resources on creating software that is unique to their business.”

Canonical charms are reused by ops teams as standardised operations code that evolves along with the software itself.

“Eliminating the friction of software evaluation, integration, operations and support is a great outcome for both buyers and sellers of software” said Stefan Johansson, global software alliances director, Canonical.

Charms are cross-platform, enabling the integration of workloads running natively on both Windows and Linux, on both cloud and physical infrastructure.

The Charm Partner Program lead at Canonical Milan Vaclavik says that whether IT ops teams are interested in container orchestration or machine learning, the Juju charm store includes open source and proprietary solutions that simplify operations for those classes of big software.