Bucking time honoured marketing best practice stating that a firm shalt not use an OVERT NEGATIVE in an advertising headline, promotional campaign or (saints preserve us) the actual name of the company, it appears Undo Software is doing well in the Linux debugging market.

Well, ok, the term “undo” could be a positive in tech if it is used to correct a mistake, which of course it is in this case with the reversible debugging tool UndoDB from Undo Software.

The company has this month worked with Mentor Graphics Corporation to implement UndoDB and develop Linux code faster.

So what does it do?

UndoDB claims to be able to allow developers to record their program’s execution and then rewind their code in real-time to find bugs more quickly, saving time and reducing cost.

Undo better than GNU, who knew?

Mentor Graphics used UndoDB 10 alongside the GNU debugger (GDB) and said that UndoDB makes it easier and faster for its development team to track down problems compared to GDB.

“UndoDB greatly improves our debugging time, making it up to two to three times faster than before. In addition, the learning curve for getting up to speed with UndoDB was very short because of the familiar interface and command structure,” said Jean-Marc Talbot, senior director of engineering, AMS, Mentor Graphics.

Law concludes by again claiming that tests prove that his firm’s tools boast performance that is several orders of magnitude better than open source solutions, with significantly improved memory consumption. 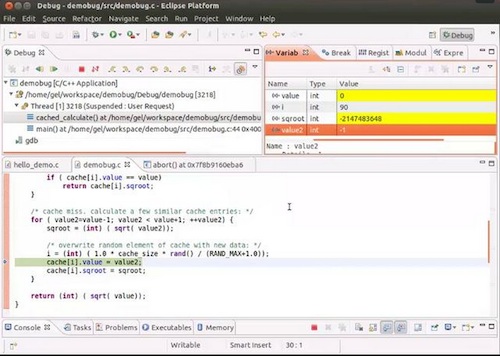