Social network Twitter has signed up as a member of the Linux Foundation.

The non-profit Linux consortium welcomes the social network on the back of its extensive use of Linux servers and other open technologies in its data centres and operational office headquarters.

The Linux Foundation serves as a neutral spokesperson for Linux and generates original research and content that advances the understanding of the Linux platform. 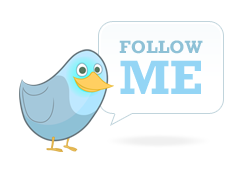 The foundation itself relies on corporate sponsorship from a variety of IT vendors who manufacture and ultimately profit from commercially supported versions of open source software.

Reports suggest that Twitter has joined as a “silver member” for a mere US$15,000 or just less than £10,000. Good news then for the group as it eyes its annual LinixCon convention scheduled for next week in San Diego from August 29-31.

“… it’s been in the works for awhile… press is coinciding with #LinuxCon next week, that is all, we [email protected] (The official Twitter feed of The Apache Software Foundationhttp://www.apache.org/) months ago!’

Twitter has already got its open source credentials over and above its use of Linux-based servers, the company uses MySQL as its database of choice for tweet storage and also uses the free and open source Memcached distributed memory object caching system to the extent that it has even developed its own (publically available) fork known as Twemcache.

Twitter is also said to be a user of other open source technologies including the Iago load generator testing service, the Zipkin distributed tracing system and the Scalding Scala library.