Trillian Mobile has pushed out the first commercial release of RoboVM.

Trillian (yes, obviously a Hitch Hiker’s reference) Mobile’s RoboVM was created in 2010 as an open source project to turn our planet’s 10 million Java developers into business and consumer mobile app developers for both iOS and Android devices — quite a claim & challenge. 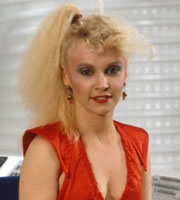 More specifically, RoboVM’s goal is to turn the world’s 10 million Java developers into cross-platform mobile developers by making Java 8 work on both iOS and Android devices.

With RoboVM, developers can use the tools and JVM programming languages they are familiar with and can share code between Android and iOS apps without compromising the user experience.

The firm claims that “hundreds of apps” built with RoboVM have already been published to the App Store and are growing in numbers.

“In the past six months, thanks to hard work, successful recruiting and angel investments, we accelerated the commercial release of RoboVM, which developers can download and use today”, Henric Müller says, CEO at Trillian Mobile.

The RoboVM 1.0 release includes core open source technology, allowing full access from within Java to iOS APIs and third party libraries, unrestricted for both non­-commercial and commercial use.

Developers can write apps entirely in Java or alternative JVM languages, including the UI layer, which can be created using Java bindings to native iOS APIs or JavaFX. By using JavaFX, apps can share 100% of their code across both Android and iOS.