Technology industry commentator/evangelist and all round guy worth following on Twitter these days Matt Asay thinks so. 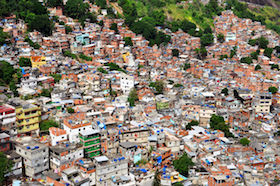 NOTE: Asay is in fact VP of mobile at Adobe, but also executes and performs a rarely found impartial industry evangelist role.

Asay comments that building clunky code extensions on top of an existing (mostly proprietary) base is bad news.

“Your developers are stuck building new code on top of old code. Over and over and over again. Ironically, this is a sign of success. But, it also creates problems,” writes Asay.

His thoughts rest upon an assertion that firms end up building on top of old code bases rather than looking to open source flexibility as a route out of so-termed ‘technical debt’ — he also says that open source is the only way for startups to gain enterprise-level muscle fast enough to succeed in the new world of software.

Asay took a portion of his line of reasoning here from Zeynep Tufekci who is (among other roles) assistant professor at the University of North Carolina and a writer with the New York Times.

Her commentary ‘Why the Great Glitch of July 8th Should Scare You‘ explains that a lot of software is now old enough to be multi-layered.

In particular she points to airline reservation systems (which are particularly glitchy) since they’ve been around a while.

“Think of it as needing more space in your house, so you decide you want to build a second story. But the house was never built right to begin with, with no proper architectural planning, and you don’t really know which are the weight-bearing walls. You make your best guess, go up a floor and… cross your fingers. And then you do it again. That is how a lot of our older software systems that control crucial parts of infrastructure are run. This works for a while, but every new layer adds more vulnerability. We are building skyscraper favelas in code – in earthquake zones.”

The story here is that yes, indeed, software is eating the world… but in a proprietary-only technical debt-ridden software world… that software sucks.

We urge you to read Tufekci’s full piece linked above.