This is a guest post for the Computer Weekly Open Source Insider blog written by Wayne Citrin in his role as CTO of JNBridge.

JNBridge’s core message is as follows: it’s not Java OR Microsoft .NET, it’s Java AND .NET — working on this premise, JNBridge has become a supplier of Java/.NET interoperability tools for software developers. 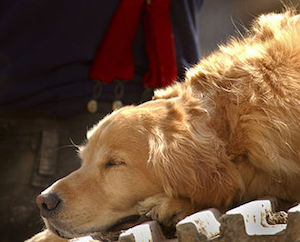 After all, increased complexity is no reason to ignore the best tool for a job and developers have always had great appetites for new technologies.

But this comes at a price: developer fatigue, a by-product of having to learn and adjust to new languages and technologies, while also trying to remain productive.

Not a new idea

Developer fatigue is nothing new, but it’s getting much worse for several reasons. First, full-stack developers — developers with a specialised knowledge in all stages of software development — are naturally in great demand.

As you can imagine, achieving and maintaining this distinction is quite a mental feat, given the level of proficiency he or she must attain in any number of areas.

Additionally, developers must contend with new projects created by open source and new hardware platforms (like mobile) that host new software. With all these emerging technologies, it’s no wonder developers are struggling.

How to combat the problem

One way to alleviate developer fatigue is to make the most of the languages and technologies that developers already know and then gradually introduce new ones.

Many new languages, platforms and software technologies are rooted in .NET or in Java. If both the familiar and the new technologies are based on the same platform you’re familiar with, you’re already ahead of the game. Integration is likely straightforward, as it’s already designed into the technology. But if not, there’s still hope.

Spin and sell the sizzle

Citrin understandably (almost allowably) goes for the jugular and attempts to validate the reason for his firm talking about this subject by saying, “Interoperability tools like JNBridgePro can bridge Java and .NET technologies, providing welcome relief from developer fatigue.”