Originally slated to be a standard cloud IaaS, CloudForms now “open hybrid” status aims to go some way to addressing the “issue of the moment” that may be holding back some cloud computing deployments i.e. who controls what?

As 451 Research analyst Rachel Chalmers put it, the IT department still needs to centralise “deployment, management and integration” when it comes to cloud-based compute resources.

“A platform like CloudForms makes it possible for organisations to build clouds that span their in-place infrastructure and expose it to a new generation of developers and end users, all without relinquishing control,” said Chalmers.

Red Hat chief technology officer Brian Stevens has positioned CloudForms as a “comprehensive platform” in its own right, but one that is open to “encompassing” a wide variety of infrastructures, of many types, and from many vendors, but with no single vendor lock in. 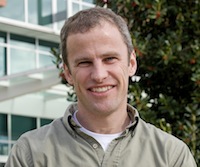 Red Hat puts a lot of effort into talking up the so called “self-service capabilities” of its cloud offering — and this is a term that you are going to hear more and more when company’s try to describe how their cloud offering satisfies IT administrators’ needs for control and governance.

We’ll also now most likely hear about the kind of wider interoperability that Red Hat is trying to fuel interest in. So look for the companies talking about a single application blueprint across multiple virtualisation technologies.