Retro gaming in the open source vein could be on the upswing this season. Creoqode is the London-based technology design company behind 2048, the DIY  game console with retro-style video games and visuals that is also supposed to help users  learn coding.

Behind the name… the 2048 is so named because of the 2048 LED bulb matrix that forms the devices screen.

Currently at kickstarter campaign status on a £20,000 goal, users can preorder a unit with a pledge of £99 to wait for an estimated shipping time of December 2016.

The system itself has been described as DIY and so ships with a set of tutorials to help the user learn to develop games. The 2048 works with both PC and Mac systems.

Budding developers can control the brightness and range of colours across the 64 x 32 resolution screen.

According to an official source, “2048 is a great chance to learn about hardware. Creoqode allows users to understand the working principles of a game console’s components and encourages them to find new ways to customise their 2048 by adding new sensors and gadgets. Extensive knowledge about electronic devices will be gained in an enjoyable way. 2048 is ideal for users who are eager to create their own custom game console.”

Soon after the launch of 2048, a platform called “Qode Share” will go live for the Creoqode community, whereby users can share the codes and video games they have created. 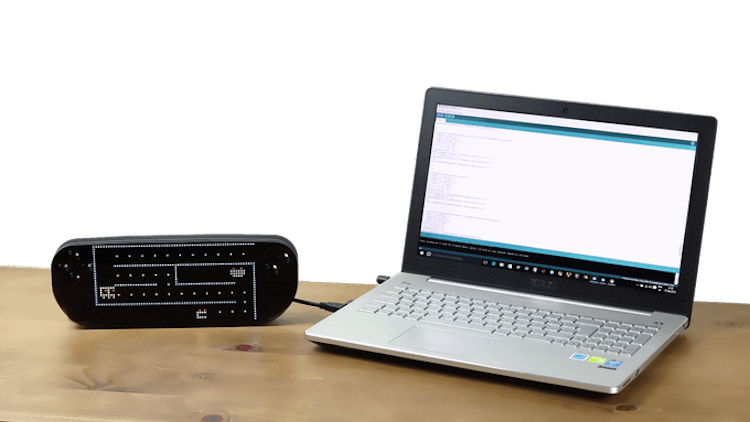