The Oracle OpenWorld and JavaOne conference and exhibition is big business.

The company gets to close down a couple of streets and the area around San Francisco’s Moscone centre is awash with banners, branded helper staff and every Oracle logo and graphic you can imagine.

Short of an effigy of Larry “did I tell you I won the America’s Cup” Ellison, a whole corner of the city is given over to this mega conference.

So just how big is it and what kind of fun facts can we glean from the hosting of this event?

With 457 partner exhibits and 3570 speakers in town, it’s perhaps no surprise that 97,907 hotel room nights are racked up over the course of the event.

A grand total of 40,942 sets of buttocks sit on the same number of seats during the sessions for this event and those users get through 142,000 cups of coffee, 95,000 “sodas” (they mean fizzy drinks), 63,000 lunches and 42,000 gallons of filtered tap water. Oracle did not supply information relating to use of the toilet facilities however.

The event is green and eco-aware too by all accounts. A total of 100,000 watts of power has been saved as a result of installing LED lighting fixtures.

But here’s the real eco-fact for you…

The most exhibition-centric fact of the whole week is perhaps news of the 11,970 lanyards that were reused in 2011 due to attendees “dropping them off” at the end of the event.

As for Computer Weekly’s contribution?

This report was brought to you by a journalist who flew on a shorter domestic US flight than might have otherwise been taken due to both Oracle’s and salesforce.com’s PR function being flexible with travel arrangements – it had to be said, so there you go. 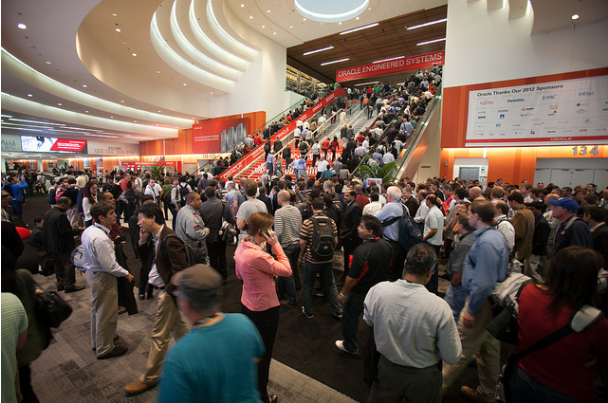 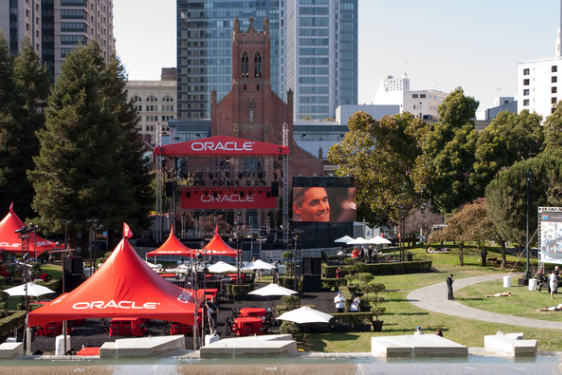 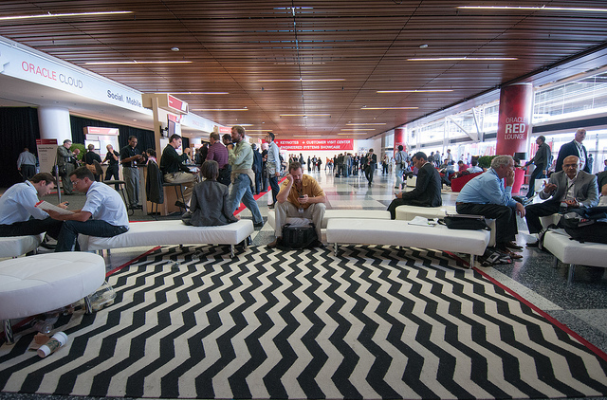