The open source Open Structures Project has created an open design for a massive industrial toaster. 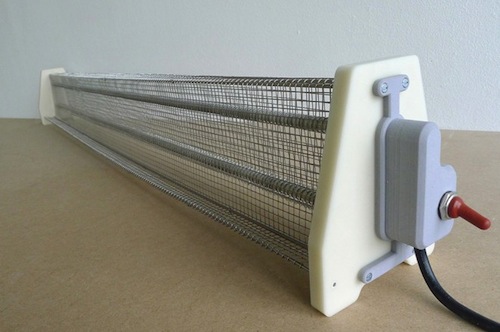 In an attempt to show how far open technologies can break the mould cast by monolithic and/or proprietary design principles, project designer Jesse Howard sought inspiration from the collection of appliances he found around his own home kitchen.

The OpenStructures (OS) project explains that it initiates and champions a construction system where “everyone designs for everyone” — it then extends this so that it is “an ongoing experiment” seeking to discover what happens if people design objects according to a shared modular grid. 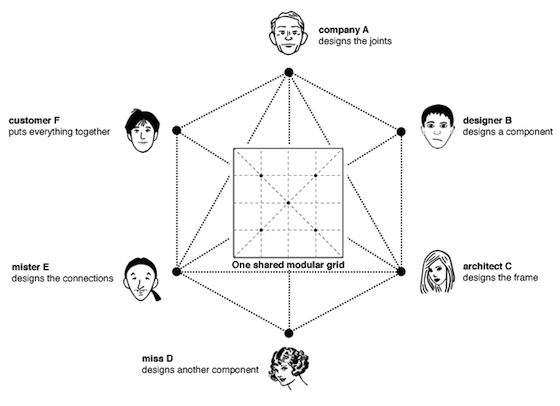 The project explains this shared modular grid as “A common open standard that stimulates the exchange of parts, components, experiences and ideas and aspires to build things together.”

Howard says, “As more people have access to rapid-prototyping machines, it is becoming much more realistic for the production of quite technical objects to occur individually and locally.

He is of the belief that many of the objects we use on a daily basis have become closed, with technical components “hidden behind slick enclosures” and so his work champions the development of “simple, understandable objects” instead. 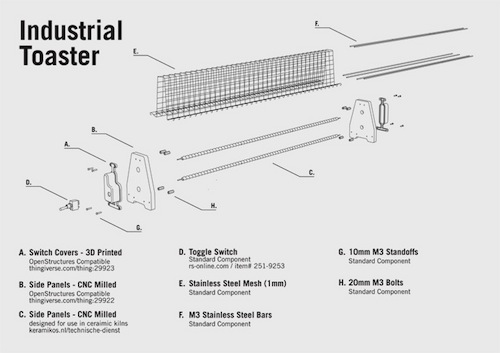