Unsurprisingly perhaps, OpenOffice has forked into two separate streams now that the open-source alternative to Microsoft Office is now maintained by Oracle. A new group known as The Document Foundation will oversee the development of a new community-based splinter group known as LibreOffice.

So excuse the headline on this blog, but OpenOffice is not dead per se. It will continue to live out its existence breathing in the air on planet Oracle. The suite itself is mature, stable and works cross-platform, so there should be no major reason to worry about its future growth and well-being.

So what should be make of LibreOffice?

Well this development will ostensibly make the project fully independent for the first time. Previously, as open as it already was, OpenOffice was sat under the sponsorship and stewardship of Sun Microsystems for a decade.

Saying that the new organisation will seek to “fulfill the promise of independence written in the original charter,” the organisation says that Oracle has been invited to become a member of The Document Foundation and donate the brand the community has grown during the past ten years – although the organisation did not specify the result of Oracle’s decision.

Whatever Oracle’s position, The Document Foundation does has a number of key supporters including the Free Software Foundation, Canonical, Collabora, the Gnome Foundation and members of regional OpenOffice development groups.

“The foundation will be the cornerstone of a new ecosystem where individuals and organisations can contribute to and benefit from the availability of a truly free office suite. It will generate increased competition and choice for the benefit of customers and drive innovation in the office-suite market,” said the foundation’s official statement.

Chris DiBona, open source programs manager at Google commented on the news as follows, “The creation of The Document Foundation is a great step forward in encouraging further development of open source office suites. Having a level playing field for all contributors is fundamental in creating a broad and active community around an open source software project. Google is proud to be a supporter of The Document Foundation and participate in the project”. 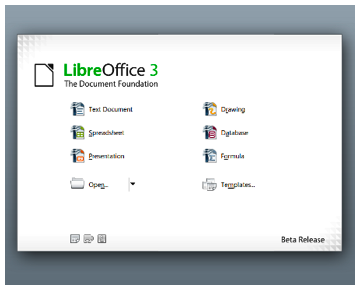