For those of use a little older, the first generation of VR may have coloured our view. 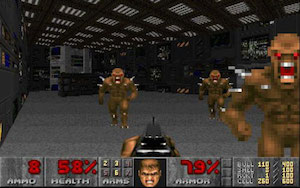 Early “home user” products in the VR market first appeared somewhere in the 1990s when the most popular PC-based video game of the time was Doom version 1.

Doom in VR in the nineties was an unpleasant nausea-inducing experience.

Strapping on an uncomfortable plastic headset and entering the virtual world with a 360-degree mouse would transport you to a world of blocky graphics and image movement that the human brain could not compute with comfortably.

Thankfully today things have changed because:

Twenty years later in 2014 we can still read reports claiming that VR will be the ‘next big thing in gaming’ and it might just be so. 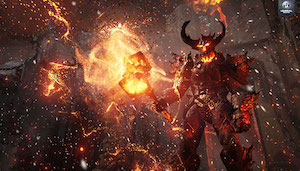 Facebook recently acquired Oculus VR, the company responsible for the Rift VR product — and yes, the graphics have improved.

Sony is also said to be planning something called Project Morpheus as a VR peripheral for the PlayStation 4.

But the best news of all (perhaps) is that Kickstarter open source outfit ANTVR is working on a cross platform open source offering aimed at the consumer.

ANTVR is a technology company developing VR and Augmented Reality (AR) wearable devices. The product, ANTVR KIT, is a headset is equipped with Full HD display (1920×1080, 1.03 megapixel per eye).

The sharp picture is projected onto your retina through the “aspherical lens” without distorting the image, allowing every pixel to remain in sharp focus.

According to the company, “While wearing the headset, you’re surrounded by the largest 4:3 standard screen in the world, which gives you a 100° diagonal field of view. This gives users an IMAX-like experience in the comfort of their own homes.”

With the headset, you can play any game or watch any movie – both 2D and 3D.

There’s also a “transformable remote controller” that can be used as a:

Currently in Kickstarter funding mode, the ANTVR team says it will distribute SDKs for software developers. The U2B module is open source, so developers can get the signals from the two IMUs (headset and controller) and can make the control command adapt to any device (ie. other gaming systems, UAV or robots).

Hoverboards next? You can count on it.