Android is set for an update and the next version is codenamed “O”.

The Google-developed mobile operating system has been in open beta for some time now, reaching alpha stage developer preview status in March of this year 2017.

Final API adjustments are being made and the release date is imminent.

Officially this will be Android 8.0 [candy or sweet name] as per normal Android naming conventions based on products such as nougat, honeycomb, KitKat, marshmallow, ice cream sandwich, jelly bean and so on.

We can only reasonably guess that Android 8.0 “O” will be O for Oreo (cookie, obviously). But let’s not rule out Oatmeal, Orange soda popsicle etc. for now.

In terms of important core features, the next version of Android will sport faster boot times, but this is a fairly standard element of all new operating system releases.

Also here we will find ‘restricted background activities’ which is a control to de-prioritise applications that are running in the background to help power saving.

There will also be more functionality given to users directly from alerts shown in the notifications panel. Users will also be able to get battery life percentage shown in the status bar (rather than just a battery shape icon).

Perhaps more significant in terms of everyday use, applications will now show a notification ‘badge’ on the corresponding icon to inform users that a particular app wants to share some form of alert, update or notification — Android O will allow users to ‘hold’ that application and get an immediate on screen clarification of what that alert is.

We could argue that this (above) feature could develop further i.e. It doesn’t tell you ‘how many’ alerts are present inside the app (think about Mail on the iPad or iPhone, it tells you how many mails you have as a number on the top right of the icon)… so this could be finessed further.

Settings has had a refresh and picture-in-picture functionality now comes to the fore in video… you can now take a video call or watch a video of one form or another while also doing something else, like viewing your calendar for example.

There is much more to come… the above preview touches on what may be barely a quarter of the core updates. 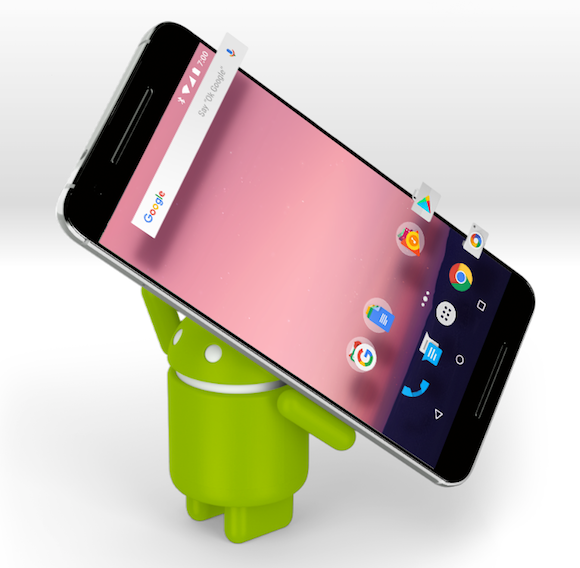