The new iteration sees significant changes in its storage layer performance and scalability. 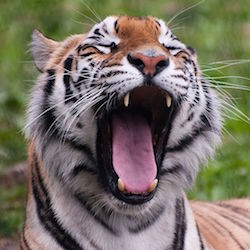 According to Eliot Horowitz, CTO and Co-founder of MongoDB, the technology provides an easy to use, high-level layer for application development, durability, and horizontal scale, while allowing lower-level storage engines to offer solutions engineered for specialised use cases.

Nice kitty, there there

The WiredTiger storage engine was built with “latch-free non-blocking algorithms” and this is what makes it so nice.

“Transparent on-disk compression has also been added, reducing storage requirements by up to 80%, and a choice of compression algorithms means you can choose one that offers the best performance/space trade-off to suit the needs of particular components in your applications,” wrote Ewbank.

Available for free under the GNU Affero General Public License, MongoDB is claimed to be among the world’s fastest growing databases.