Mozilla has said that website plugins are now a legacy technology (they are not available on most mobile devices after all) and the organisation is now encouraging website developers to avoid using plugins wherever possible.

Engineering manager for stability and plugins Benjamin Smedberg has used the Mozilla blog to explain that Firefox developers are changing the way plugins work.

“Firefox will no longer activate most plugins by default — when a site tries to use a plugin, the user will be able to choose whether to enable the plugin on that site,” he said.

NOTE: Website plugins are components of 3rd-party software loaded into the browser to assist in rendering the web or to perform extended functions (such as language pack extensions). 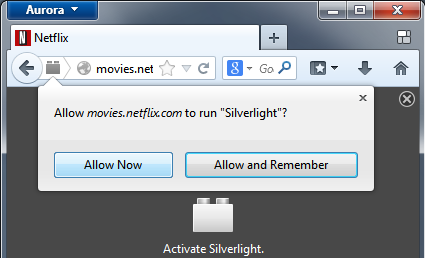 Mozilla warns that even though many users are not even aware of plugins, they are a significant source of hangs, crashes, and security incidents.

Smedberg claims that by allowing users to decide which sites need to use plugins, Firefox will help protect them and keep their browser running more smoothly.

NOTE: The one plugin not affected by this change is Flash, which will remain enabled by default. Flash content is so common on the web, and many websites use “hidden” Flash instances that the user does not see and cannot click on.

Advanced users who want to activate individual instances of a plugin may still do so by installing a Firefox extension.

“Plugins used to be an important tool for prototyping and implementing new features such as video and animation. As browsers have advanced, this kind of feature development can occur directly within the browser using technologies such as WebGL, WebSockets, WebRTC, and asm.js,” said Smedberg.

Microsoft on the other hand likes to refer to plugins as “web browser add-ons” and currently says that these technologies exist to supplement Windows Internet Explorer 9 with extra features, such as toolbars and ActiveX controls.

According to Microsoft, “Several add-ons are preinstalled in Internet Explorer, but many come from the Internet. Add-ons usually require that you give your permission before they’re installed on your computer. However, some might be installed without your knowledge. This can happen if the add-on was part of another program that you installed.”