Holiday season is just around the corner, but this week it’s festival season.

To be more accurate, it’s time for the Mozilla Festival. A gathering of web-centric happy geeks that features peer learning time as well as hands on coding and tool experience sessions, plus a chance to hear from executive director of the Mozilla Foundation himself Mr Mark Surman. 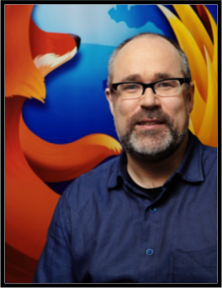 The Computer Weekly Open Source Insider team attended an informal gathering held in Mozilla’s London HQ last night to speak to Surman personally and listen to his commitment to the open web and digital web literacy for all.

Mozilla has research up its colourful sleeves which contends that among a sample of British children aged 8-15, a total of 67% say they are interested in learning how to code, but only a disappointing 3% actually know how to.

Surman talks of his team’s aspirations to make code competency the “fourth literacy” i.e. after reading, writing and arithmetic (or English, Mathematics and Science as the firm’s corporate Infographic would have it) we should find coding — and, interestingly, in a lowly fifth place after coding comes the arts.

This is about a long-term initiative to move us forward from being mere ‘consumers’ of the web to a point where we are ‘creators’ of the web. “What we’re launching today is small, but what’s coming is big,” said Surman.

Surman points to the ubiquity of powerful technology in our hands today, “If you go to a concert today – everyone is holding up cellphones rather than lighters,” he said. These comments coming closely followed by references to his firm’s new Popcorn Maker video creation tool.

NOTE: Popcorn Maker is a free web app designed to enhance, remix and share web video. Made entirely from open web elements like HTML, CSS and JavaScript – this offering has been developed as part of Mozilla’s Webmaker program, to allow users to add “live content” to any video such as photos, maps, social media feeds and more.

At a more technical level, Popcorn Maker comes with over 20 plugins from Twitter to Google Maps to video processing so that users will be able to create a video that is (to use Mozilla’s term) “woven into the web” so to speak.

Mozilla describes the whole thing as basically a web page that itself makes web pages. Surman himself is happy to be quoted as saying, “We want to make content more webby.” 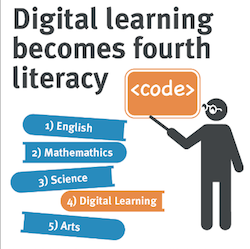 By “more webby” Surman means that he wants to see increased used of dynamically rendered video, something that he says closed down platforms fail to champion in the same way that Mozilla does with its pledge to open web allegiance.

“Imagine the cloud is your edit bin,” he said. Surman wants us to be using web content to create web content rather than having to rely on a process which involves some laborious desktop download (and upload) process.

… and this new more webby web is an open (standards) web too.

“We’re an open web company rather than an open source company. But I do believe that [when it comes to open source] that transparency is one of the more powerful learning tools that you can imagine,” said Surman.

Eluding to the creative opportunity that now exists for us on the web, Surman describes the Internet as, “The best LEGO kit ever made.”

What he means is that any user can throw up a URL without seeking permission. They can then take a website apart, reconstruct it and start all over again. It’s webby LEGO and there’s an open design pattern for us all.

On HTML5 Surman says that, “It may not be done [completely], but it’s done enough for primetime viewing; so we should build apps for it now — mobile will come.”

Is Mozilla working hard to promote itself as the voice of creativity, freedom and truth on the web? Yes it is. Does Mark Surman have a special insight into the next wave of enabling technologies on the Internet? Mostly, yes, a fair bit. Are we all going to start becoming coders and web content creators tomorrow? Not quite, but some of this might help.